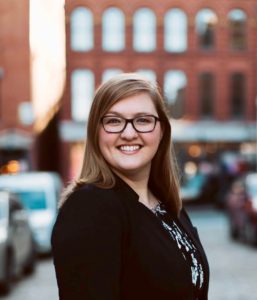 Paige Eggleston has a history of working on behalf of fellow students, alumni, and the University of Maine. As a UMaine student and following her graduation, she has advanced the strength and success of her alma mater. But it has been her work as a Congressional staff member that helped her earn selection as one of 2019’s Rising Star Award recipients.

For five years Eggleston worked for U.S. Senator Susan M. Collins in the Senator’s Bangor and Washington, D.C., offices. Most recently she coordinated Senator Collins’s schedule for her Maine-related travel and activities. Prior to taking on that demanding role, Eggleston was a staff assistant, specializing in immigration and housing casework related to the Senator’s constituents. She also occasionally represented the Collins office at meetings and events.

A frequent attendee at Washington, D.C., alumni gatherings as well as Homecoming, she continues to foster connections between classmates and the university. Her role as a UMaine advocate extends from her time on campus. She served as course facilitator with the Honors College, participated in Student Senate, and was selected for the All Maine Women honor society. She was elected class president as a student, and continues in that role as an alumna. Eggleston also served as a Dirigo Tour Guide as a UMaine undergraduate. As a tour guide she shared her own Black Bear experience with prospective students and their family members who visited campus. In addition, she was a member and co-coordinator of Alternative Breaks, the not-for-profit volunteer organization that promotes community service and involvement.

Eggleston left Senator Collins’s office in 2018 to return to Maine and to further her education. She is currently enrolled at the University of Maine School of Law. 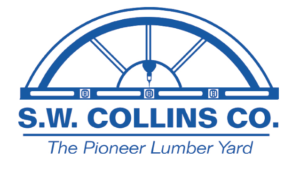