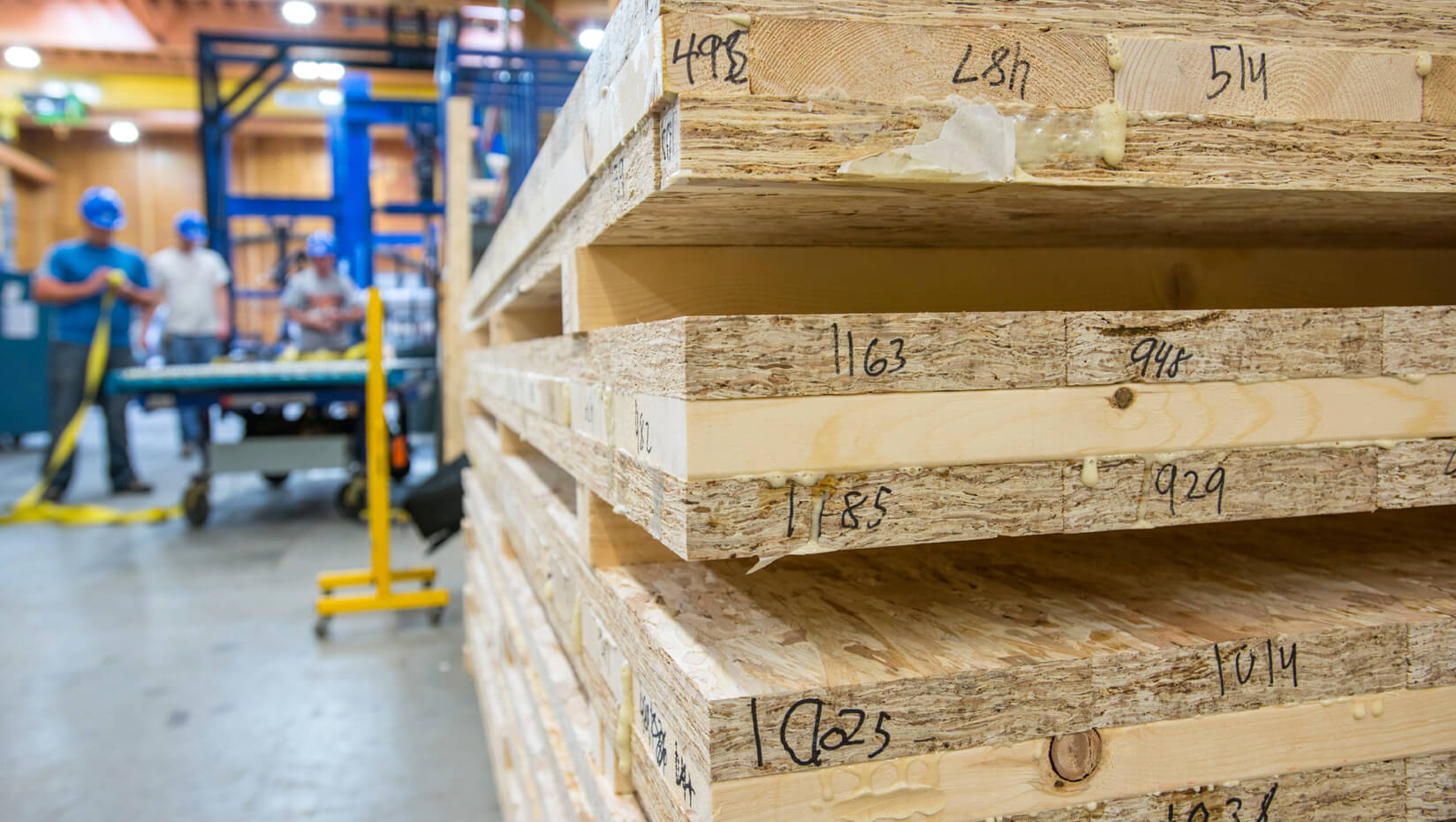 Nicholas Willey once planned to be a lawyer.

Then, at his mother’s suggestion, the then-Caribou High School student attended the free University of Maine Pulp & Paper Foundation program “Consider Engineering” that gives juniors insight into the field.

“It really opened my eyes to what engineering encompassed,” says Willey.

As well as persuasively made the case for Willey — who enjoys science, math and innovation — to pursue an engineering career.

For his master’s project, Willey is collaborating with university wood scientists and engineers to evaluate the performance of cross-laminated timber (CLT) made from solid-sawn and composite lumber from trees that grow in Maine and the northeastern U.S.

CLT — a massive timber construction product developed as an alternative to stone and concrete in the 1990s in Austria — is used to build homes and mid-rise commercial buildings in Europe and Canada.

Since CLT was recently incorporated in the International Building Code, it can be used in building construction in the U.S., providing it meets manufacturing standards.

“I really would like to see CLT be a material that’s used more in the U.S. I think it’s really beneficial for society,” says Willey. “It would probably create more jobs and, at the same time, being a renewable resource, it would be really good for the environment.”

The director of the School of Forest Resources and associate director of the Composites Center heads the CLT testing project, which is funded by a $300,000 grant from the U.S. Department of Agriculture.

CLT consists of two-by lumber or composite (two-by-fours, two-by-sixes, or two-by-eights) glued together and stacked in alternating directions (with as few as three and as many as nine laminated layers).

The large, strong, stable panels are used as full wall segments, as well as in floors and roof systems.

CLT’s numerous benefits have been touted in Europe and Canada.

Growing trees remove carbon dioxide from the atmosphere and using lumber from sustainably managed forests can lock up this carbon for centuries, says Shaler.

Thus, he says, CLT structures result in a much smaller carbon footprint than structures built with energy-intensive materials such as steel or concrete.

Shaler says CLT buildings in Italy have been erected because of the structural integrity they demonstrate during earthquakes.

The construction industry is interested in this building system, Shaler says, because cranes can quickly erect prefabricated CLT structures that have door and window openings precut at the factory.

CLT has had building code approval in Europe for a couple of decades. Shaler says buildings of 10 or so stories have been built with CLT and there are designs for a 60-plus-story CLT and steel building.

A firm in Oregon is approved for manufacturing CLT made with Douglas fir and larch — tree species native to that region. Another manufacturing center is planned in Montana.

Enter UMaine to test how CLT made with tree species that grow in Maine and the northeastern forests of the United States fare.

After the USDA awarded UMaine $300,000 to find out, the UMaine team began evaluating the strength, thermal and moisture properties of CLT made with spruce, pine and fir — a grouping called Spruce-Pine-Fir South.