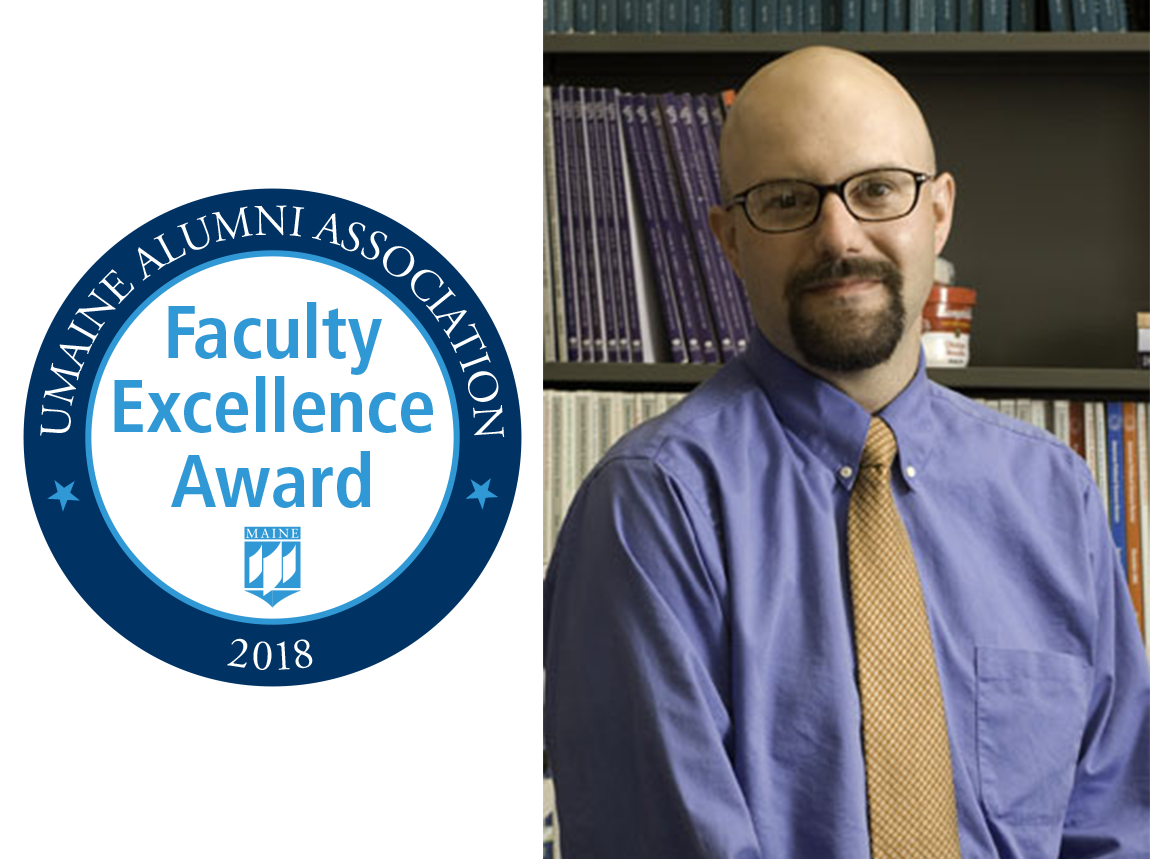 Prof. Mark Brewer‘s political science expertise receives particular attention from the general public during election seasons, but his research on political behavior takes place year-round. And regardless of one’s position on current American politics, political behavior is a lively topic that receives a lot of attention these days.

Brewer, the September recipient of the Alumni Association’s monthly Faculty Excellence Award, grew up in Upstate NY, and was always interested in American politics. His research and scholarship focus on U.S. political parties and elections, religion and American politics, and the American founding period.

Brewer joined the UMaine faculty in 2004 and particularly enjoys teaching Political Parties and Elections, although Intro to American Government is a close second. “I like parties and elections because of the subject matter and the enthusiasm and excitement of the students,” he observes. “I like teaching Intro because I enjoy seeing students become more interested in American politics and government as they come to know more.”

He also enjoys teaching Honors 111. “I love working with first year, first semester Honors students as they begin the next stage of their intellectual journeys,” says Brewer.

Students are drawn to Brewer’s courses because of both the subject matter and his engaging teaching style. He offers courses both in traditional classroom settings as well as online. Brewer earned the CLAS Outstanding Faculty Award for Teaching and Advising in 2014 and UMaine Student Government’s 2007-2008 Outstanding Advisor Award as a faculty member of  the College of Liberal Arts and Sciences.