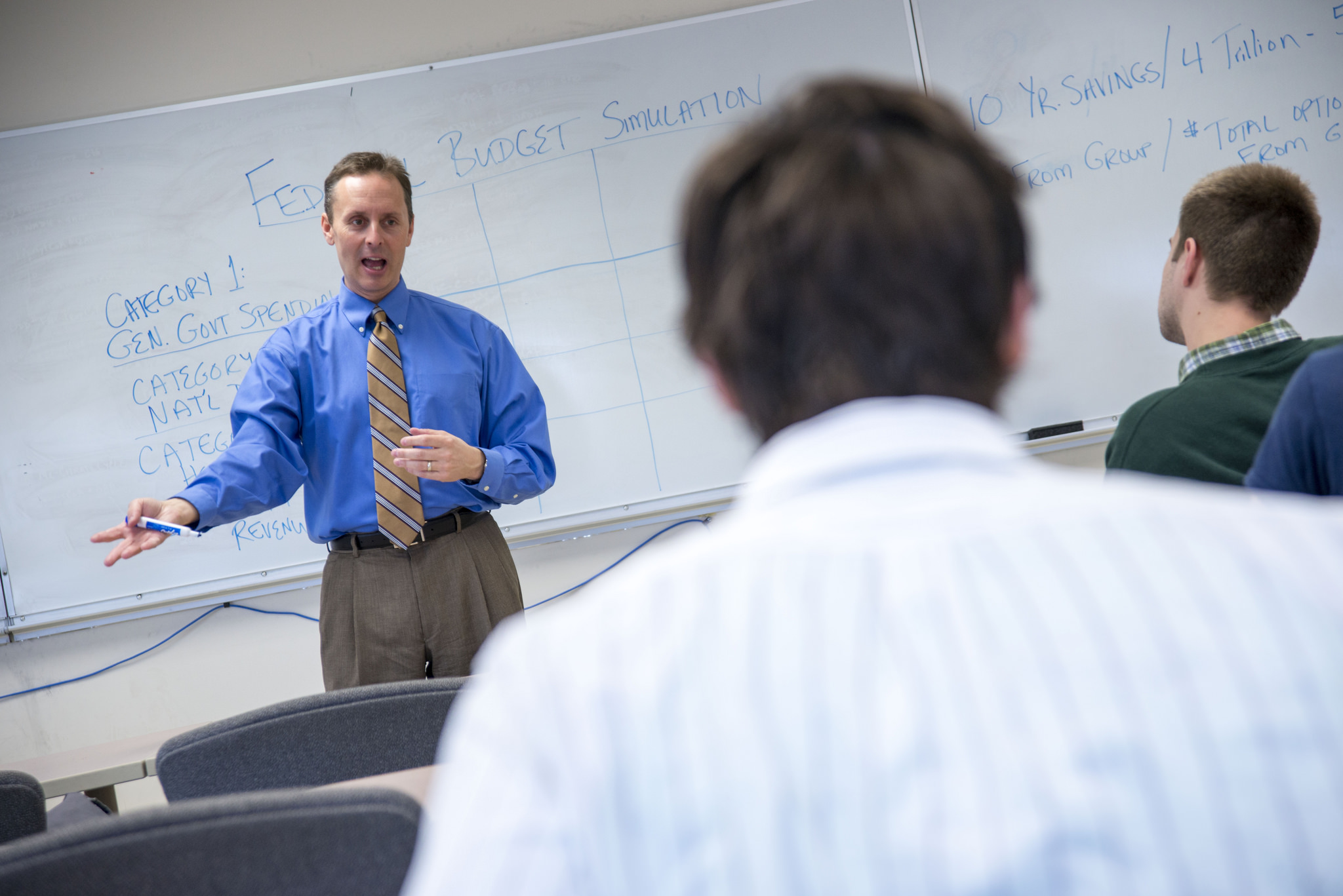 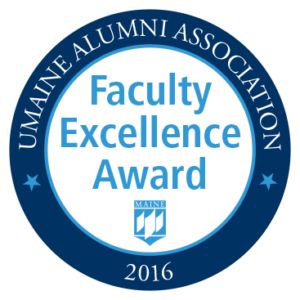 Like so many others who move to Maine from elsewhere, Dr. Richard “Rich” Powell was drawn to the state’s natural beauty and special quality of life. Those attributes, as well as connections within the political science community, led him in 2001 to the University of Maine, where he has become a highly regarded teacher, researcher, and colleague.

“I had gotten to know them professionally, and we did a lot of work in similar areas,” Powell explained. “I was interested in the idea of working with them.” Having vacationed in Maine several times, he was also excited about living closer to the ocean and mountains. Now, fifteen years later, he remains excited about the career choice he made.

“I love to come to work every single day,” Powell said.

Colleagues and students alike praise Powell for his work as a researcher and as a teacher. He is the author of numerous journal articles on presidential-congressional relations, state politics, leadership, and more. But he seems to find his greatest joy in working with students. He shared that “helping people discover what it is that they truly want to do, and helping them build a career in an area they enjoy” is immensely fulfilling.

Powell earned master’s and doctoral degrees from Northwestern University in Chicago after receiving his bachelor’s degree from Connecticut College. At UMaine he oversees both the Peter Madigan ’81 Congressional Internship Program and the Kenneth Palmer Maine State Legislative Internship Program.

In addition, he is widely regarded within national and international political science circles for his scholarly work on the U.S. Presidency. In 2011-12 he taught graduate-level courses on American government and politics as a Fulbright Fellow at Zhejiang University, one of China’s most highly regarded academic institutions. He, his wife Angela, and their three children lived in a three-bedroom apartment in Hangzhou, a city of eight million residents located south of Shanghai.

The University of Maine Alumni Association and its supporting partner, University Credit Union, are pleased to recognize Dr. Richard Powell with the November 2016 Faculty Excellence Award.

Each month the UMaine Alumni Association, with support from University Credit Union, recognizes an outstanding faculty member who is contributing to UMaine’s national reputation for academic excellence. Selections are made in consultation with UMaine’s deans.