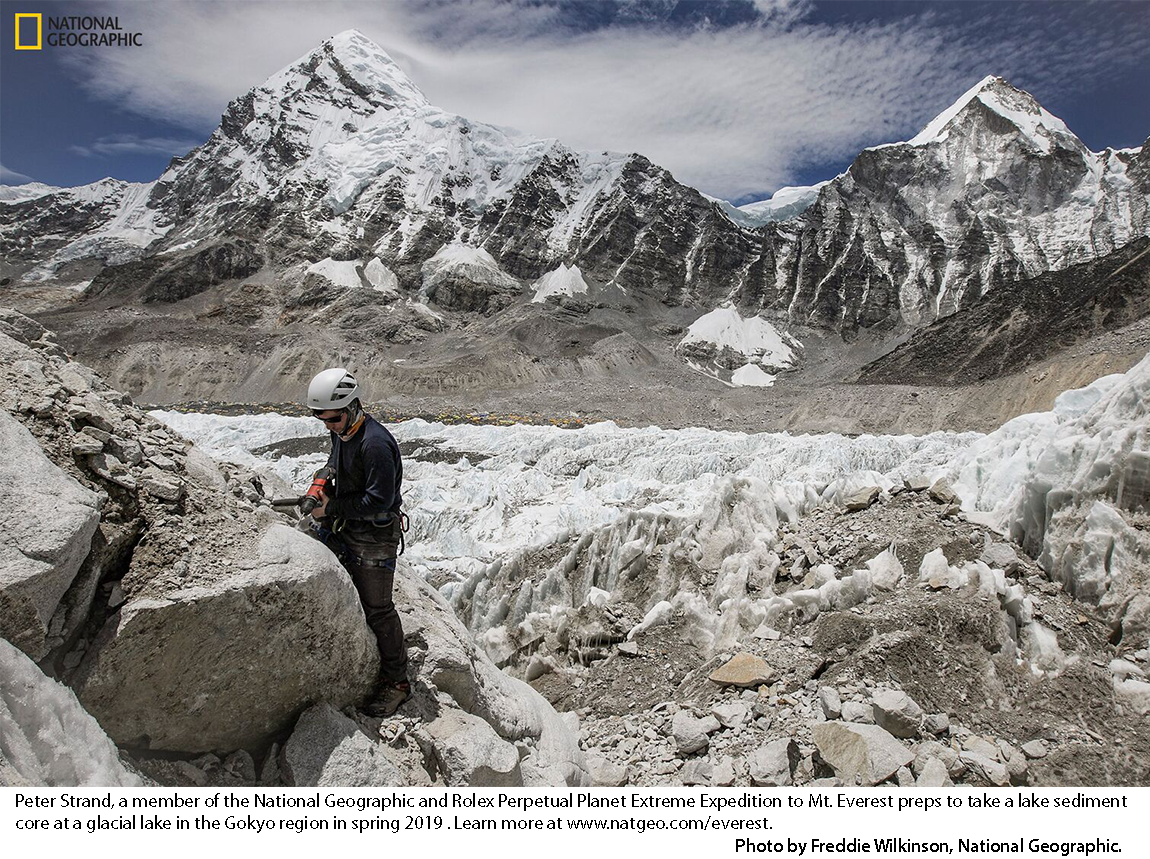 Paul Mayewski ‘44H, director of the University of Maine Climate Change Institute, recently served as the scientific leader on an expedition to install the world’s highest weather station.

Members of the team, including scientists Tom Matthews and Baker Perry, as well as six Sherpas, lugged the parts of the weather station 29,035 feet up Mount Everest, where they assembled it. During the preceding months the specialized equipment was designed, built, and tested while the team trained to climb the world’s tallest mountain.

The two-month expedition was a partnership between The National Geographic Society, Tribhuvan University, and the Government of Nepal, and was funded by Rolex. The group included geologists, biologists, cartographers, and climate scientists who collected water, snow, and rock samples and installed sensors to record vegetation growth and survey the landscape.

Ice samples from the expedition will be stored in the custom-built freezers at the University of Maine’s Climate Change Institute. Mayewski estimates that one ice core sample could be 5,000 to 10,000 years old.

“This is a new window into the planet,” Mayewski said in an interview with National Geographic. “We believe the best way to do science on Everest isn’t just to do one kind of science, but do many kinds of science.” More about the Everest journey can be found here.