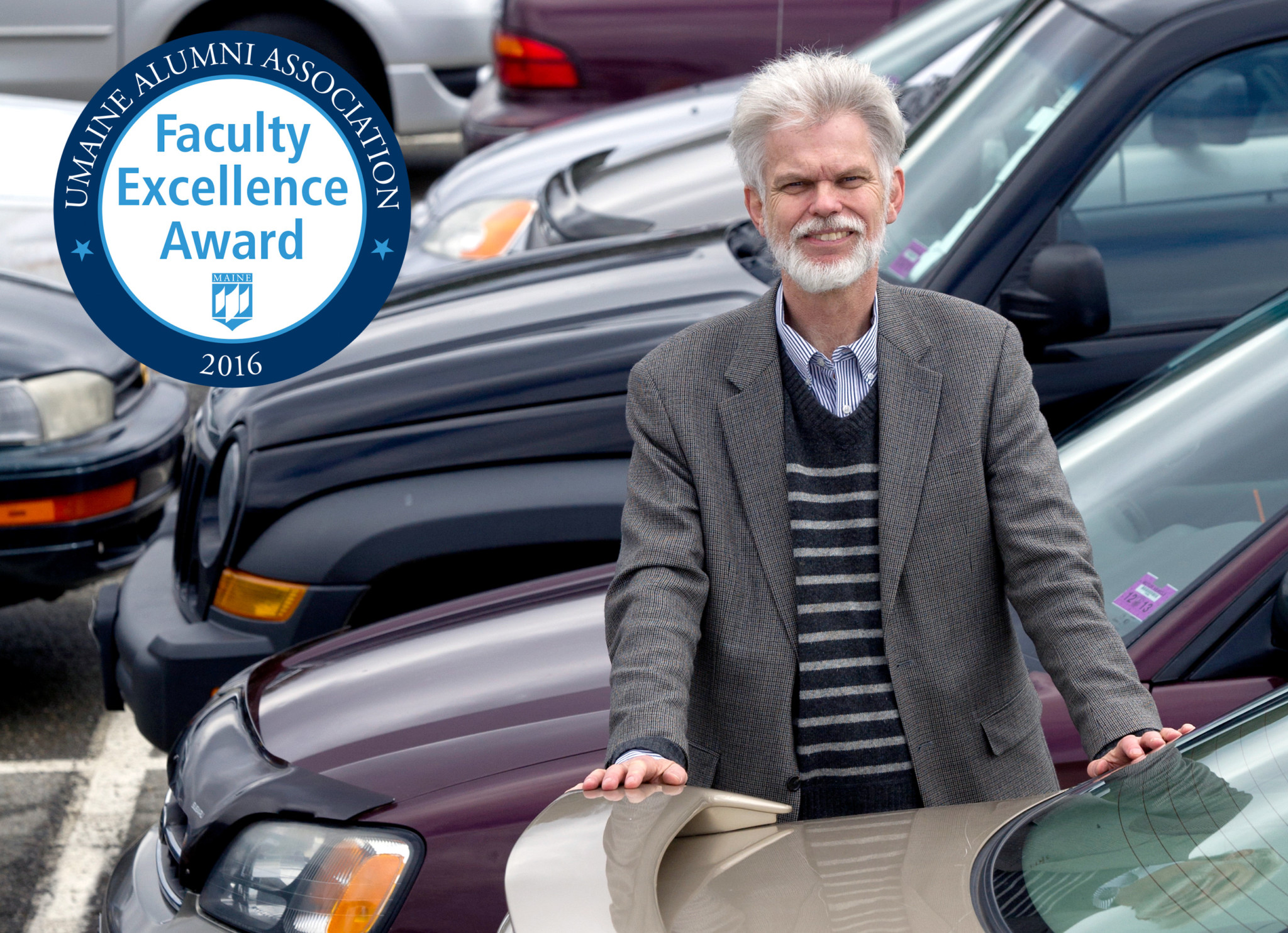 In 1992, along with UMaine colleague Dr. John Alexander, Gårder began the first academic research in the United States on the effectiveness of rumble strips, those corrugated sections of roadway that create loud noise and vibration when a vehicle’s tires cross over them. Rumble strips along the sides and middle of roadways help get the attention of inattentive or drowsy drivers, often preventing highway accidents and fatalities.

Thanks in large part to Gårder and Alexander’s research, the first rumble strips in Maine were installed in 1994. And they have made a difference.

“I meet people who say they are alive thanks to being woken up because of rumble strips,” Gårder said.

Since joining UMaine in 1992 as a faculty member, Gårder has been on the frontline of breakthrough research, contributing to numerous firsts in the civil engineering field. Born in Risekatslösa, Sweden, Gårder knew in high school he wanted to study civil engineering. He received both his master’s degree and Ph.D. at Sweden’s Lund University. Consistently ranked among the top 100 universities in the world, Lund is among the oldest and largest universities in northern Europe.

Dr. Gårder’s research interest is focused on transportation safety. Since 1975, Gårder has worked on designing modern and safe roundabouts (i.e., traffic circles that are sometimes called “rotaries” in Maine and elsewhere). Gårder studied the effectiveness of roundabouts, and eagerly advocated for the construction of more roundabouts across the U.S. (Coincidentally, one of his former UMaine students, Jonathan French ‘02, is the lead design engineer for a roundabout that the Maine Department of Transportation will be constructing at the southeast entrance to the UMaine campus. It’s intended to improve traffic flow and safety at the intersection of UMaine’s Rangeley Road and U.S. Route 2.)

Of the many reasons Gårder enjoys his faculty position at UMaine, his students are foremost. “We have smart and respectful students who are willing and wanting to learn,” Gårder offered. His advice to UMaine students would be to learn a new language.

“We live in a world that is increasingly international,” Gårder said. “In the long term, we will be one world where we will have to understand how to work with people from other nations.”

Each month the UMaine Alumni Association, with support from University Credit Union, recognizes an outstanding faculty member who is contributing to UMaine’s national reputation for academic excellence. Selections are made in consultation with UMaine’s deans.