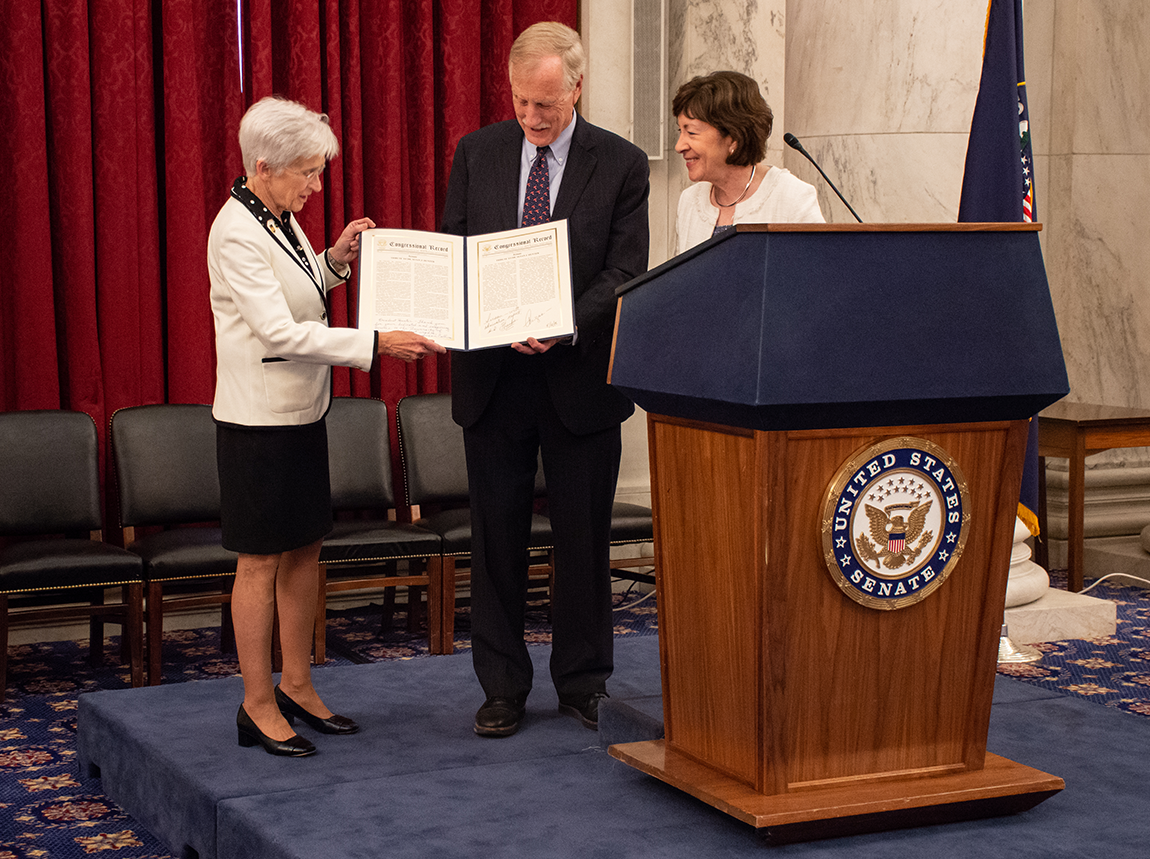 Maine’s two U.S. Senators, Susan M. Collins ’11H and Angus S. King, surprised UMaine President Susan J. Hunter recently by presenting her with a copy of the Congressional Record in which both senators shared their praise of Hunter’s decades of service to the university and the state.

The presentation of the Congressional Record — the official daily record of Congressional debate and actions — took place on May 16th in Washington, D.C., in the historic Kennedy Senate Caucus Room of Congress’s Russell Senate Office Building. The occasion was the UMaine Alumni Association’s Capitol Hill networking reception, attended by 200 alumni and friends. The proclamation was given as she approaches her retirement from the presidency.

“One of the most accurate measurements of the strength of a university is the bond among its alumni,” stated Collins and King in a joint statement. “The affection and pride that unite Maine graduates transcends the generations and moves our university forward.”

Photos from the event can be found here.

During the event, Hunter marked the 60th anniversary of the Peter Madigan ’81 Congressional Internship Program, which provides UMaine students a paid opportunity to work for a member of Maine Congressional delegation for a semester. Several current and former program participants attended the event. More information about the internship program is available here.