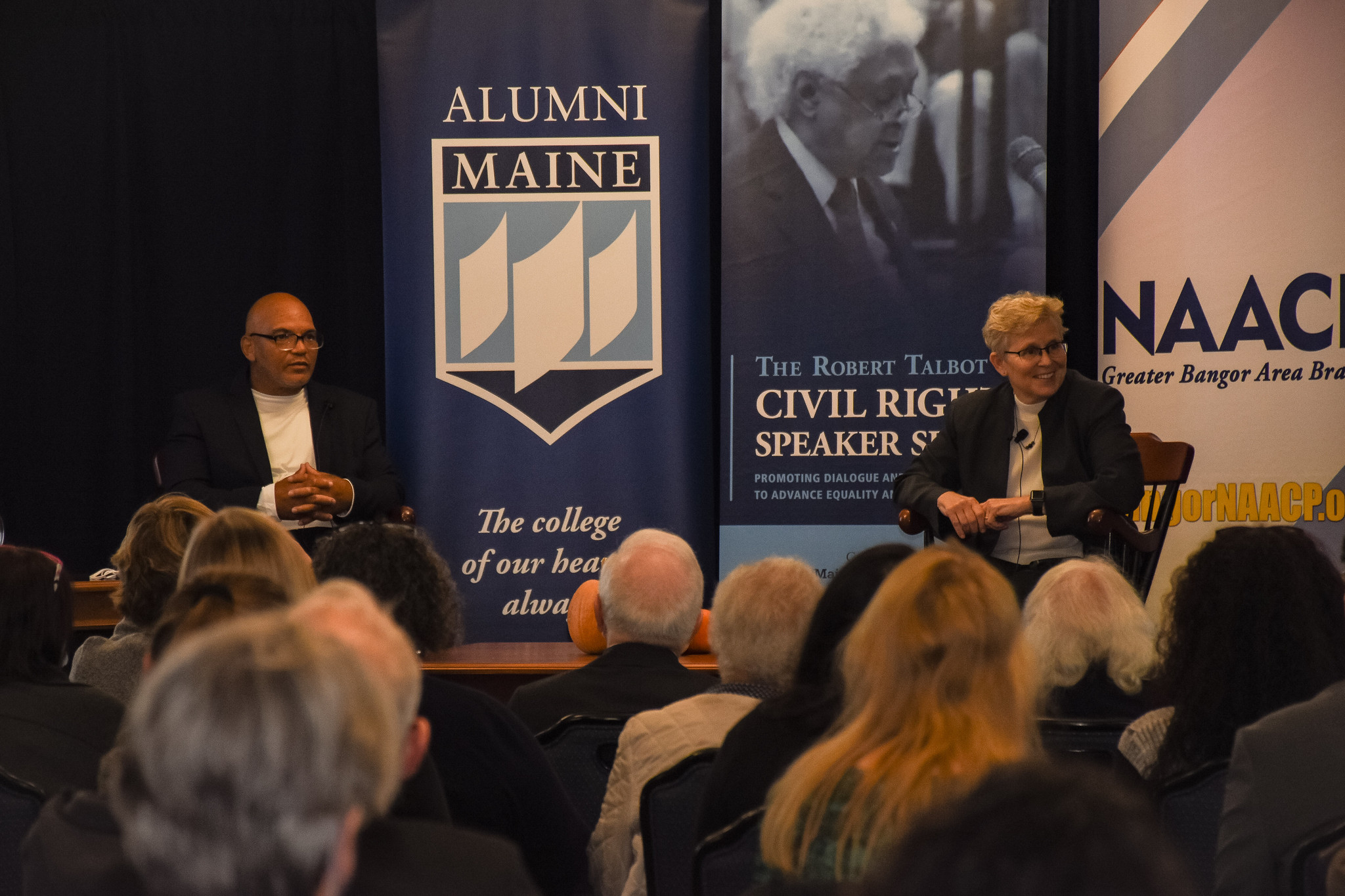 A new book about the 1979 murder of well-known UMaine History Professor Ronald Banks and the friendship that later emerged between his daughter and Banks’s falsely accused killer were the subjects of the inaugural Robert Talbot Civil Rights Speaker Series in October.
Amy Banks and Isaac Knapper spoke on campus as part of the annual series, which is co-sponsored by the UMaine Alumni Association and the Greater Bangor Area Branch NAACP. Professor Banks was shot and killed in front of his hotel while attending an academic conference in New Orleans. Knapper was accused, convicted, and sentenced to life in prison for the murder. Thirteen years later, he was exonerated and released when evidence was uncovered that proved his innocence. Years later, Amy Banks and Knapper met and have since collaborated on a memoir of their experiences, titled Fighting Time.
A recording of Banks and Knapper’s October 21st presentation is available here. Photos from the event may be viewed here.