UMaine building expected to be named after groundbreaking Black alumna 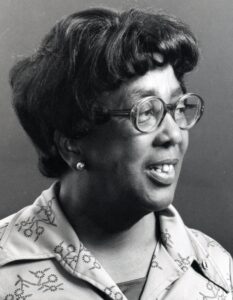 The University of Maine Finance, Facilities, and Technology Committee approved the renaming of Little Hall in early May. The decision to name the building after Beryl Warner Williams ’35, ’40G, ’72 Hon., the first Black graduate to earn a degree in mathematics at UMaine, must first be approved by the University of Maine System.

“She serves as a model and exemplifies the kinds of accomplishments that we wish to honor in this new name,” said UMaine President Joan Ferrini-Mundy.

After earning her bachelor’s and master’s degrees, she left Maine because she was not able to secure a teaching position in the state. She settled in Baltimore in 1948, where she taught English and mathematics at Morgan State College, now Morgan State University. In 1963 she was tapped to direct the college’s evening, summer, and extension programs, and in 1971 she became dean of the school’s Center for Continuing Education. She retired in 1981.

Besides her distinguished academic career, Williams was active in public service and civil rights. She received an honorary doctorate from the University of Maine in 1972, and in 1995 received the Alumni Association’s Alumni Career Award. Williams died in 1999 at age 85.