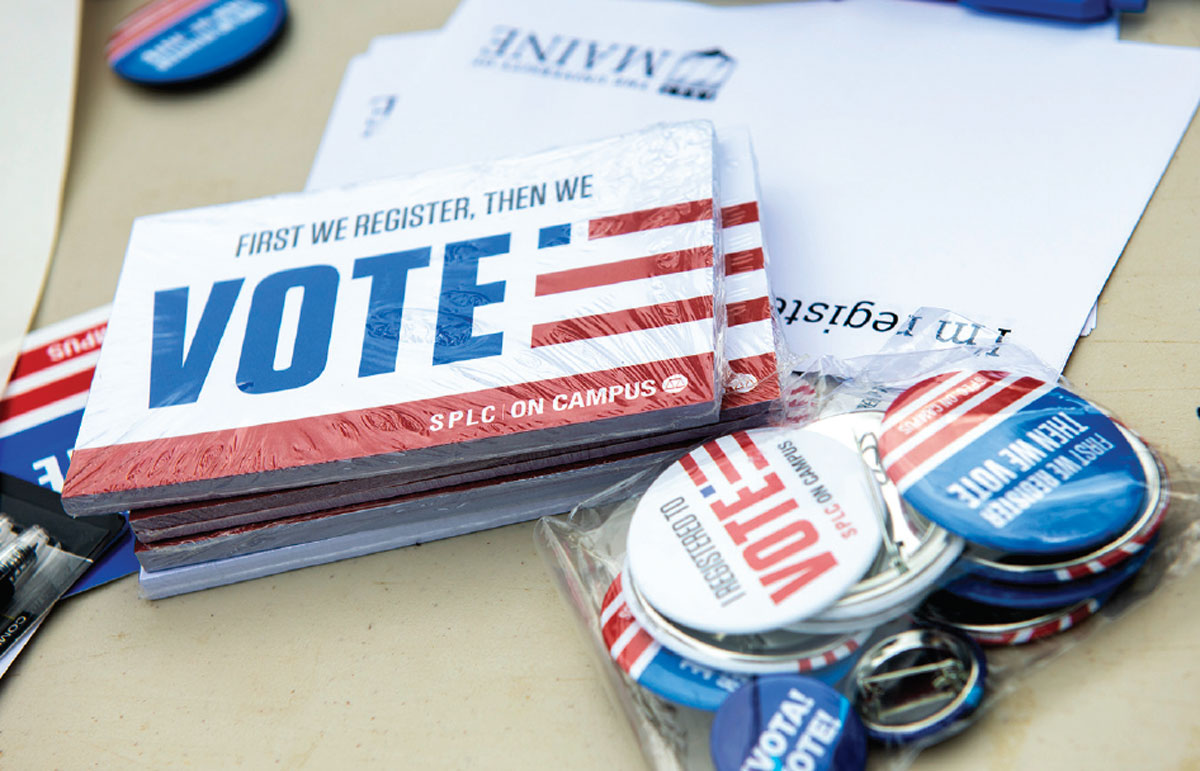 Thanks in part to its “UMaine UVote” education and outreach initiative, the University of Maine has been named to an elite honor roll of American universities and colleges for its efforts to encourage students to vote.

Citing voting as a measure of engaged citizenship, Washington Monthly included the metric as part of its annual rankings of the nation’s 4,000-plus postsecondary institutions. UMaine was one of just 139 public and private colleges and universities that received a perfect score in this category, which was based on university initiatives and publicly available data.

UMaine UVote is coordinated by the university’s Division of Student Life.