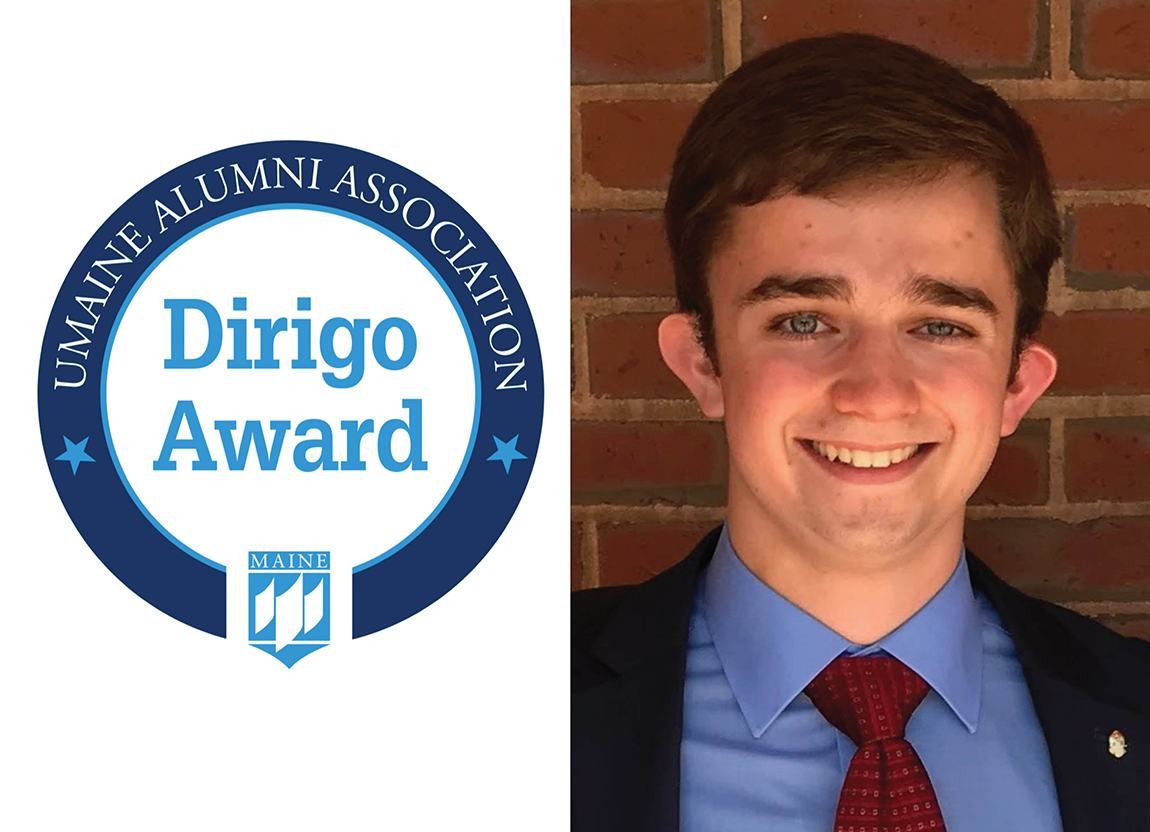 Nicholas LaJoie ’18, this month’s Dirigo Award recipient, grew up on a potato farm in Van Buren, Maine, and after graduation he wants to get back to his roots. The computer engineering major minoring in mathematics hopes to combine his love for his family’s farm and his passion for technology to someday develop new technologies for the state’s agriculture.

Staying in Maine has been important for LaJoie, and the opportunity to attend UMaine permitted that: not too far or too close to home, he explained. He wanted to gain “the complete college experience,” something he has found in Orono.

“One of my older sisters was a Black Bear,” he says of Lindsay ’13. “I could always see just how much she loved UMaine, so I knew that there must be something good there for me as well. I’m happy to say that I think the pride of being a Black Bear has continued!”

LaJoie is a member of a number of activities and groups on campus. He has been active in UMaine’s Sophomore Owls and Senior Skulls, currently serving as president of the latter group. LaJoie is president of the Entrepreneurship Club; a student ambassador for UMaine’s Mitchell Scholars group; an officer in Sigma Phi Epsilon fraternity; and an active member of the campus’s Newman Center Catholic community.

Though graduation is one more semester away, LaJoie has already lined up a position with Fitch Company, an engineering firm based in Rumford. Before he leaves campus, though, he says he has one more box to check on his “UMaine Bucket List.” During winter break he will donate his time to a community in need as part of Alternative Breaks. The program is a part of a national organization called BreakAway. The organization trains, assists, and connects college students with an interest in social issues and civic engagement with opportunities to directly participate at the community level. Alternative Breaks is affiliated with UMaine’s Barbara Higgins Bodwell ’45 Center for Service and Volunteerism.

LaJoie’s interest in serving others through his UMaine-affiliated volunteer work and engagement is a logical extension of that “complete college experience” he initially sought when considering his higher education.

“There is an awesome sense of pride in being a Black Bear, and that pride can often be felt beyond Orono,” LaJoie shared. “Simply put: I love UMaine!”