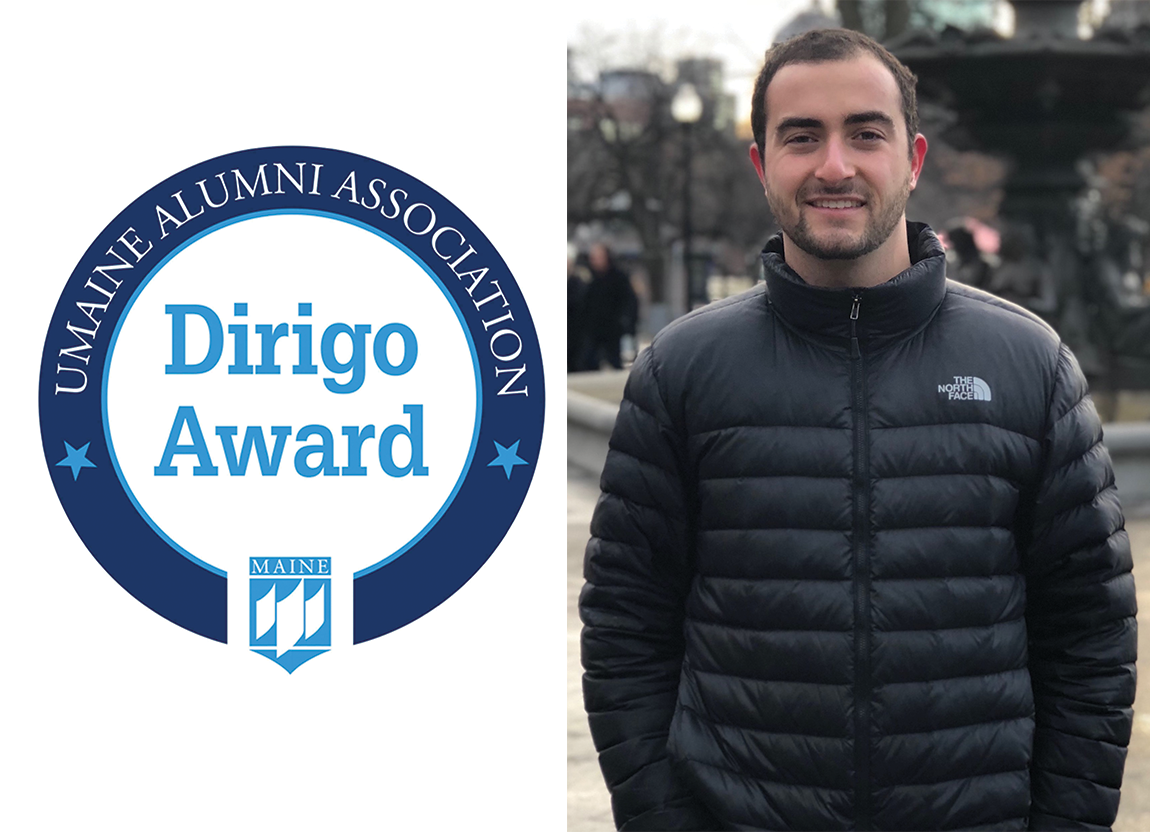 “UMaine is my home and always will be,” states Sam Lenson ’18, this month’s Dirigo Award winner. The Natick, MA, native notes that the university has become a very special place for him. He says that the most important contributing factor of this is the university’s welcoming community of supportive faculty and students. In fact, he currently serves as a campus tour guide to show prospective students that same feeling of community and all that UMaine has to offer.

Lenson has also spent the last five years as a punter, kicker, and holder on the football team, and is involved in Senior Skulls and various volunteer work on campus. His favorite place on campus is the New Balance Recreation Center, ranked in the top 10 best student recreation centers in the country.

The campus recreation center is a perfect fit for the kinesiology major who hopes to one day become a physical education teacher and coach, with the goal of eventually moving into an administrative role of athletic director or principal. He has applied for admission to the University of Maine Education Leadership graduate program for the fall of 2018.

One professor of kinesiology, Jesse Kaye-Schiess, has become a sort of mentor for him, and hired Lenson as camp counselor at Maine Youth Fish and Game Summer Camp.

“This opportunity helped me work on my communication and leadership skills while having a blast working with the kids!  Jesse has played and integral role in the growth and development of my teaching skills,” he reflects. He believes that the many opportunities afforded to him at the university have pushed him outside of his comfort zone and resulted in personal growth.

Outside of school he enjoys exploring Maine, and hiking in different areas in the state. Acadia National Park on Mount Desert Island is one of his favorites. He also likes to relax and check out the local restaurants in Orono and Bangor with family and friends.

He encourages all those considering UMaine to explore the university’s beautiful campus.

“Come visit the school and take a campus tour,” he says. “Once you visit and walk around you will feel like this is the place you need to be.”