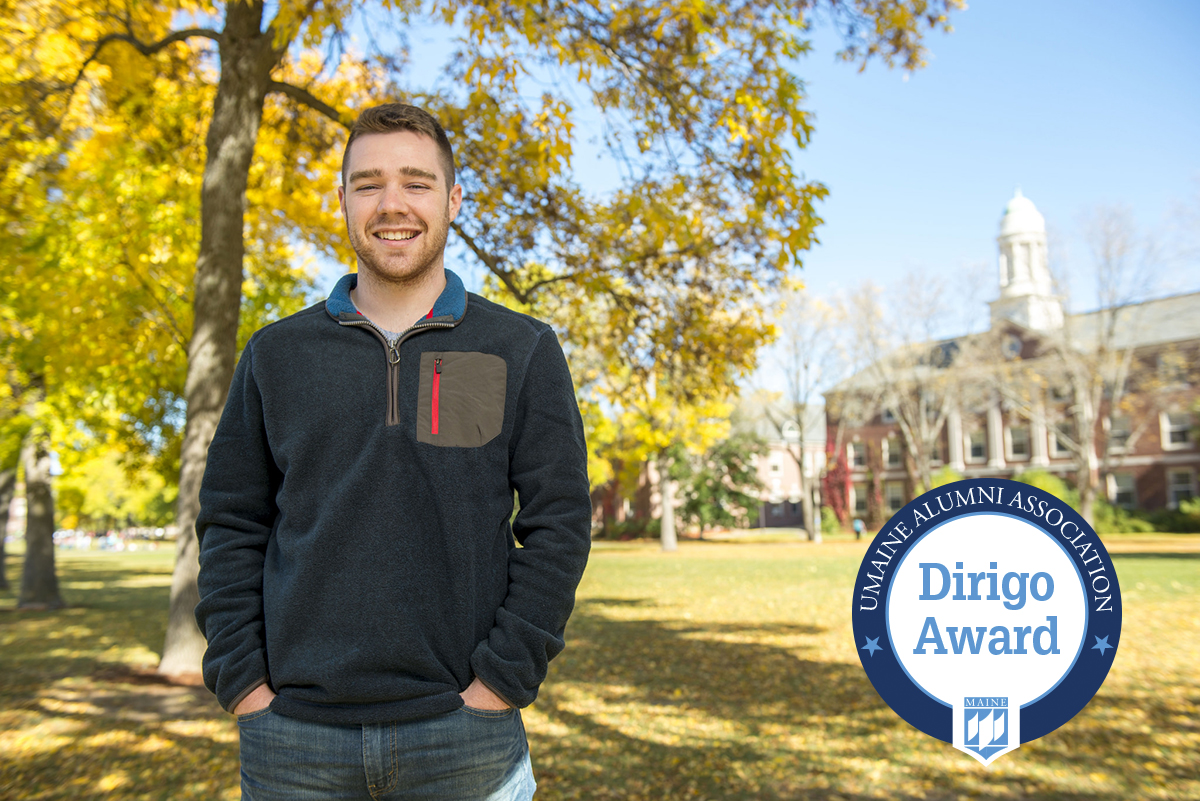 Spend five minutes with UMaine junior Sam Borer and you will quickly realize that Borer has little time to waste.

Borer is a physics and mathematics major who is minoring in astronomy and statistics. He’s also enrolled in the Honors College. He serves as UMaine’s undergraduate student body representative to the University of Maine System Board of Trustees and is a student representative on UMaine’s Provost’s Council. Borer also serves as president of Sigma Pi Sigma Honors Society and belongs to the Society of Physics Students.

Apparently all of those responsibilities still leave time for other activities. Borer is a photographer for UMaine’s Department of Marketing and Communications, conducts research for the Fermi National Acceleratory Laboratory in Illinois, is a peer instructor in physics, and serves in the Maine Air National Guard as a chemical, biological, radiological and nuclear (CBRN) emergency management specialist. He also volunteers as a victim’s advocate for UMaine’s Rape Response Services and for the Department of Defense.

“Anyone can make the time to do what they want to do,” Borer said. “When you do something you really, really love, motivation naturally comes.”

Borer lived his many places before arriving in Orono, spending his early childhood in England and eventually graduating from high school in Minnesota. He has always had a wide-ranging fascination with learning, something he approaches tirelessly.

In fact, Borer credits one of his many interests—dance—for helping him develop self-discipline and stamina needed for his rigorous studies and lifestyle. Borer originally intended to pursue a professional dance and choreography career after graduating high school. However, injuries he sustained in a serious car accident forced him to change his plans—and influenced his decision to move to Maine for college. Borer applied to UMaine because his twin sister applied here. ‘I almost just randomly picked UMaine,” Borer said.

“I probably never would’ve gone to UMaine,” Borer said. “Now I am so engrained in this institution, coming here was the best decision.”

Borer feels that UMaine is small enough to feel homey but large enough for anyone to find a niche for themselves. He also appreciates UMaine’s faculty and staff, crediting them for helping him grow as a student and an individual.

Borer has his sights set on medical school after completing his UMaine degree in May 2018. However, he first plans to travel the world. His first destinations: Morocco and Switzerland, two countries as diverse in their nature as the fields of choreography and medicine. Given Borer’s wide range of interests, that’s no surprise. 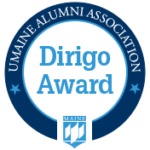