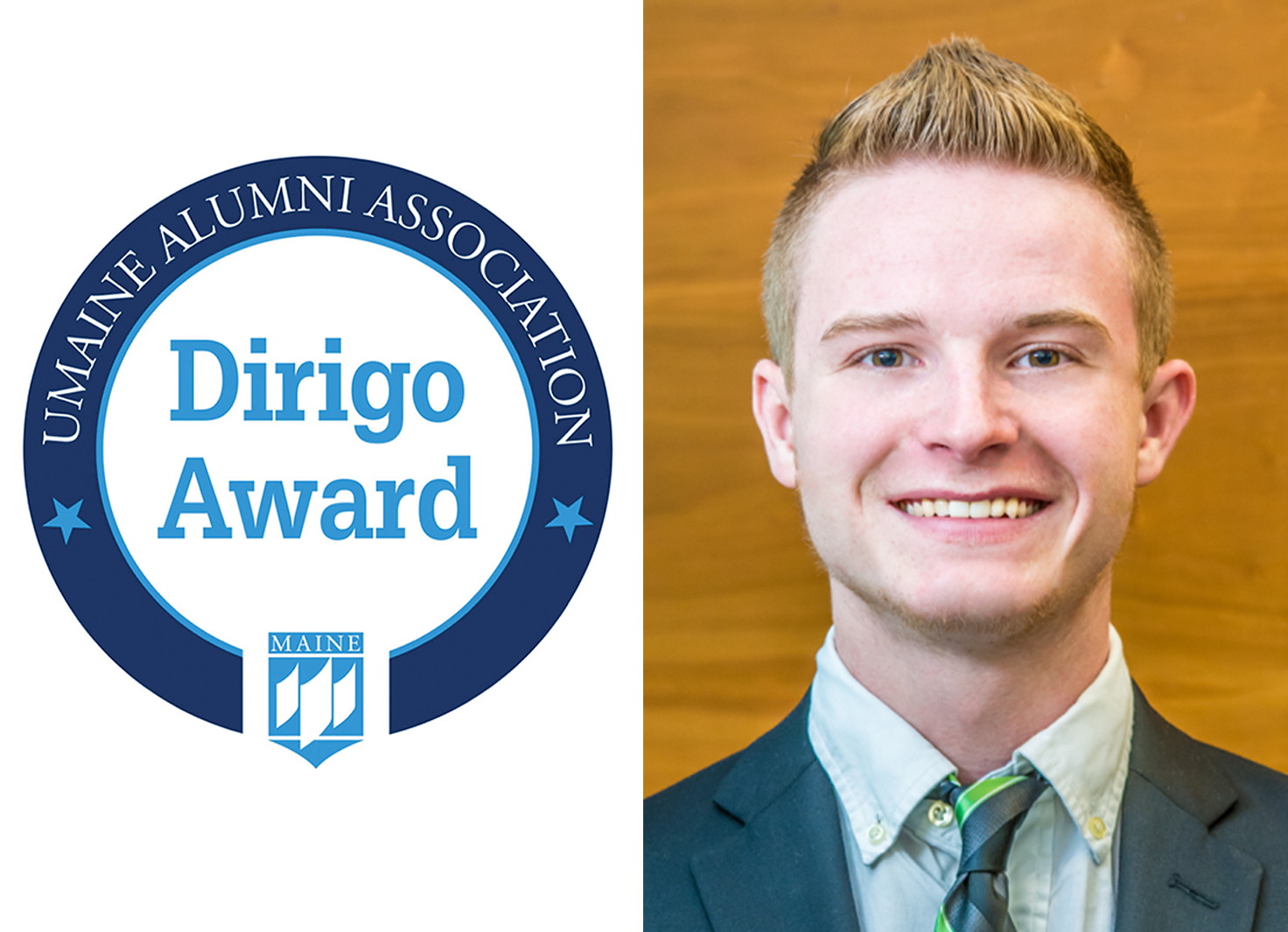 Ethan Roney ’18 chose UMaine because of all of the options the school offered.

“When I was first looking at colleges, I had no idea what I wanted to do. By choosing UMaine, I knew I would be able to try different things and take a broad range of courses,” he says.

This ability to try many things did allow the now senior to find his passion. Majoring in business management and finance with a double minor in psychology and environmental science, Roney plans to eventually work with technology startups in New York City. Roney hopes to utilize his academic background to help solve problems that benefit communities as well as the environment.

The Freeport native worked to solve several problems on the UMaine campus during his time here. For example, he hosted a winter clothing drive and also led a leadership summit. Roney currently serves as the president of Golden Key International Honour Society, the world’s largest collegiate honor society, and also as the treasurer of the men’s club soccer team.

“I am so glad that I got involved,” he states, “I have been able to give back, continue to play a sport I have always loved, made great friends and connections, and learned so much as a student, professional, and person.”

Roney credits Dr. Sarah Nelson, associate research professor of the School of Forest Resources, for her influence on his academic growth. He says her energy and enthusiasm has been engaging and inspiring. She even helped him get a paid job on campus: working in a lab examining dragonfly larvae, not your typical student employment gig!

Outside of school and his commitments, Roney enjoys taking advantage of what’s available to students on the UMaine campus. He frequents the New Balance Recreation Center each night, and notes that he loves to go rock climbing at the Maine Bound Adventure Center. He particularly enjoys Mahaney Dome, where its indoor turf field allows him to continue playing soccer during winter months.  Off-campus he enjoys traveling to new places and trying out unique food and restaurants.

His advice to anyone considering UMaine is to branch out and take advantage of everything the school has to offer.

“I was able to get involved on campus, take a broad range of courses, and study abroad in Germany,” he states, “These experiences really made my experience at UMaine noteworthy.”