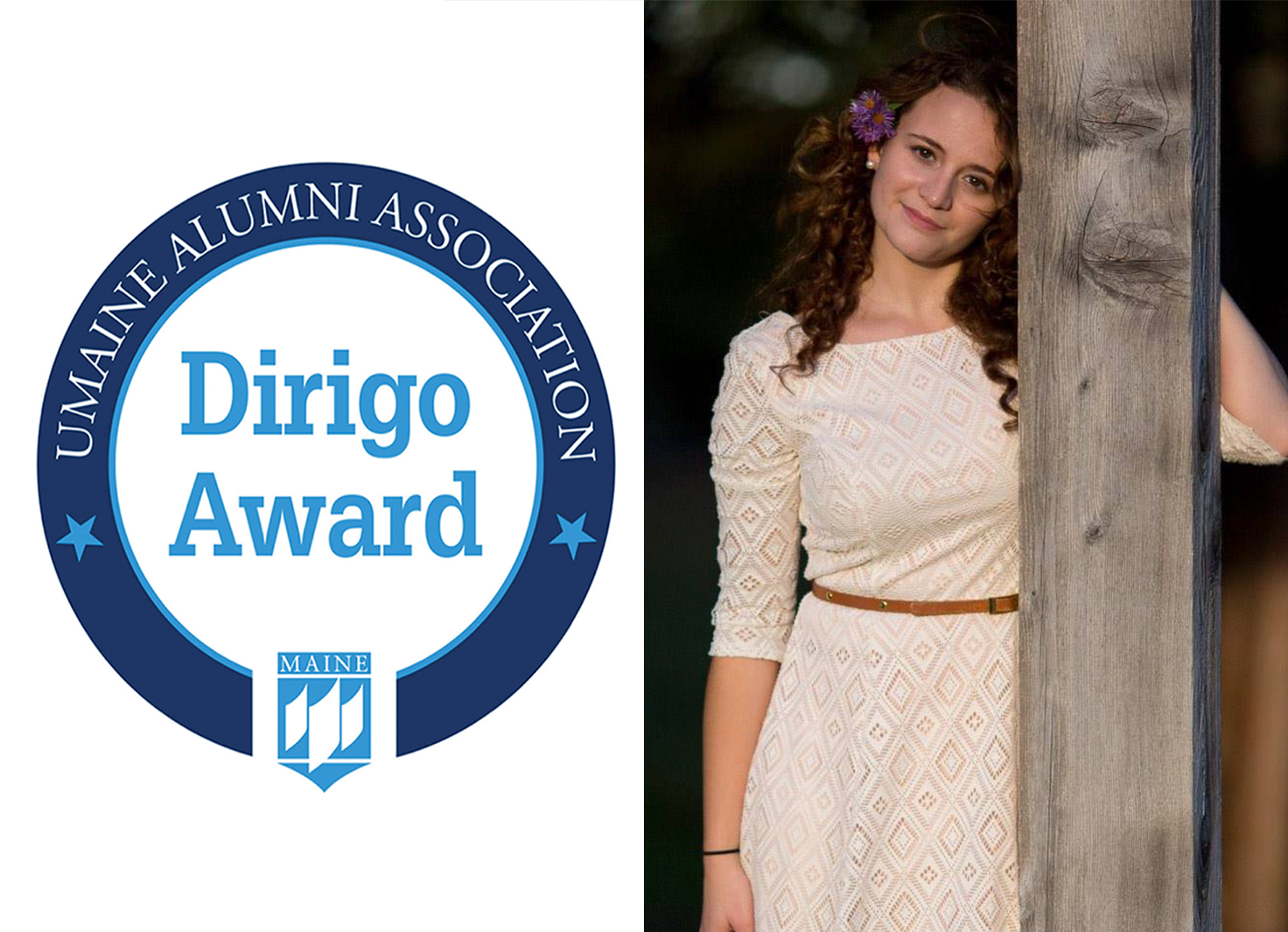 “Every activity I do is my favorite, because everything I do is with the intent that it will grow into something more,” says Ana Eliza Souza Cunha ‘19. “Give a flowerbed half a can of water and you will get one flower, give the flowerbed the whole can, and you will get a garden.”

Cunha, a third-year biology and pre-medical science major with minors in psychology and neuroscience, has a passion for helping people. From studying migrational patterns of wood frogs, to evaluating a radar that measures external bee activity, to studying solarization and tarping for weed management on organic vegetable farms, her undergraduate research and opportunities have touched the community as well as the state of Maine as whole.

In fact, she chose UMaine for its research-focused curriculum, a perk that she has been taking advantage of since her sophomore year of high school.

“The University of Maine is one of the most encouraging schools for undergraduate research. It’s rare that a student is unable to find a research opportunity,” she adds.

After graduation, Cunha plans to take a gap year before applying to medical schools. She hopes to continue working as a Certified Nursing Assistant (CNA) in order to gain more clinical hours, and hopes to also eventually get her master’s in public health. The next big question to tackle for her to answer is how she can help expand health care in the country.

“Being around most agricultural parts of the state of Maine I have seen the more rural side of Maine and have realized the immediate need for physicians in these areas.”

Her affinity for helping others extends to the campus community as well. Cunha was born in San Paulo, Brazil, moved to the United States when she was four, and grew up in a bilingual home speaking Portuguese and English. As a first-generation American college student, Cunha works as a student ambassador for the School of Ecology and Biology, helping to mentor students in their career paths and guide them directly to programs that can meet their intellectual and humanitarian ambitions. She remembers how scary it was for her to navigate the same experiences on her own – so she makes it a point to pay it forward.

In her free time, Cunha enjoys running, hiking, and exploring the outdoors. She finds that exercise is a great outlet to push herself physically as much as she does mentally through her schoolwork. The most iconic campus event on campus in her opinion is the Culture Fest, as it brings together a variety of cultures together over food, activities, song, and dance.

On a final note, Souza Cunha closes with a reflection of the campus community: “I’m humbled by our student body as a whole. Along my journey and with the people I interact with every day I meet people who are dedicated, passionate, and curious in nature. It’s being in this kind of environment that has allowed me to flourish.”