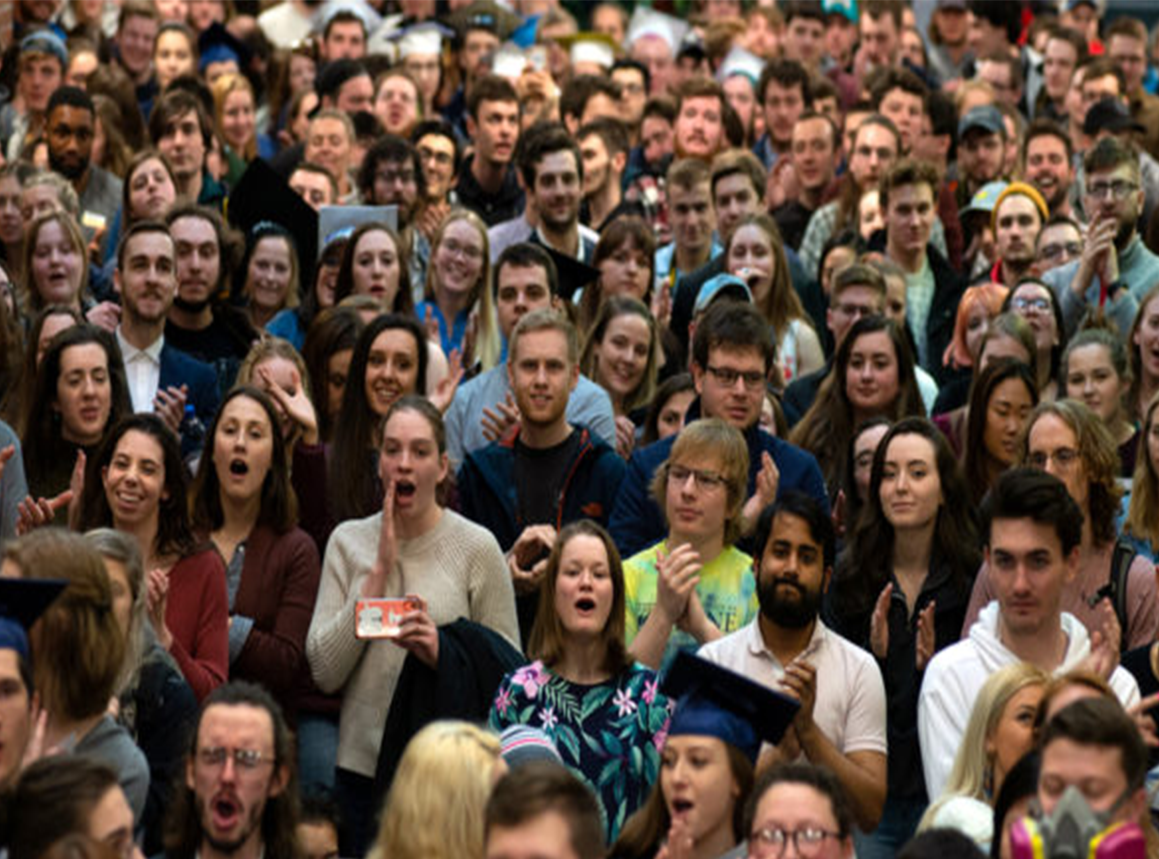 “In true UMaine fashion, we organized.”
That’s how senior Hailey Bryant explained how she and members of UMaine’s Class of 2020 reacted to the sudden closure of on-campus classes and possible cancelation of May’s scheduled graduation ceremonies. The result was “Coronamencement,” a last-minute, ad hoc ceremony in Memorial Union at which hundreds of seniors gathered to celebrate the end of their UMaine student experience and to say goodbye to classmates. Bryant, a journalism and political science major from Gorham, wrote an essay about the event that appeared in the Bangor Daily News, where she works part-time.  Click here for her story and photos from the event, which attracted national news coverage.