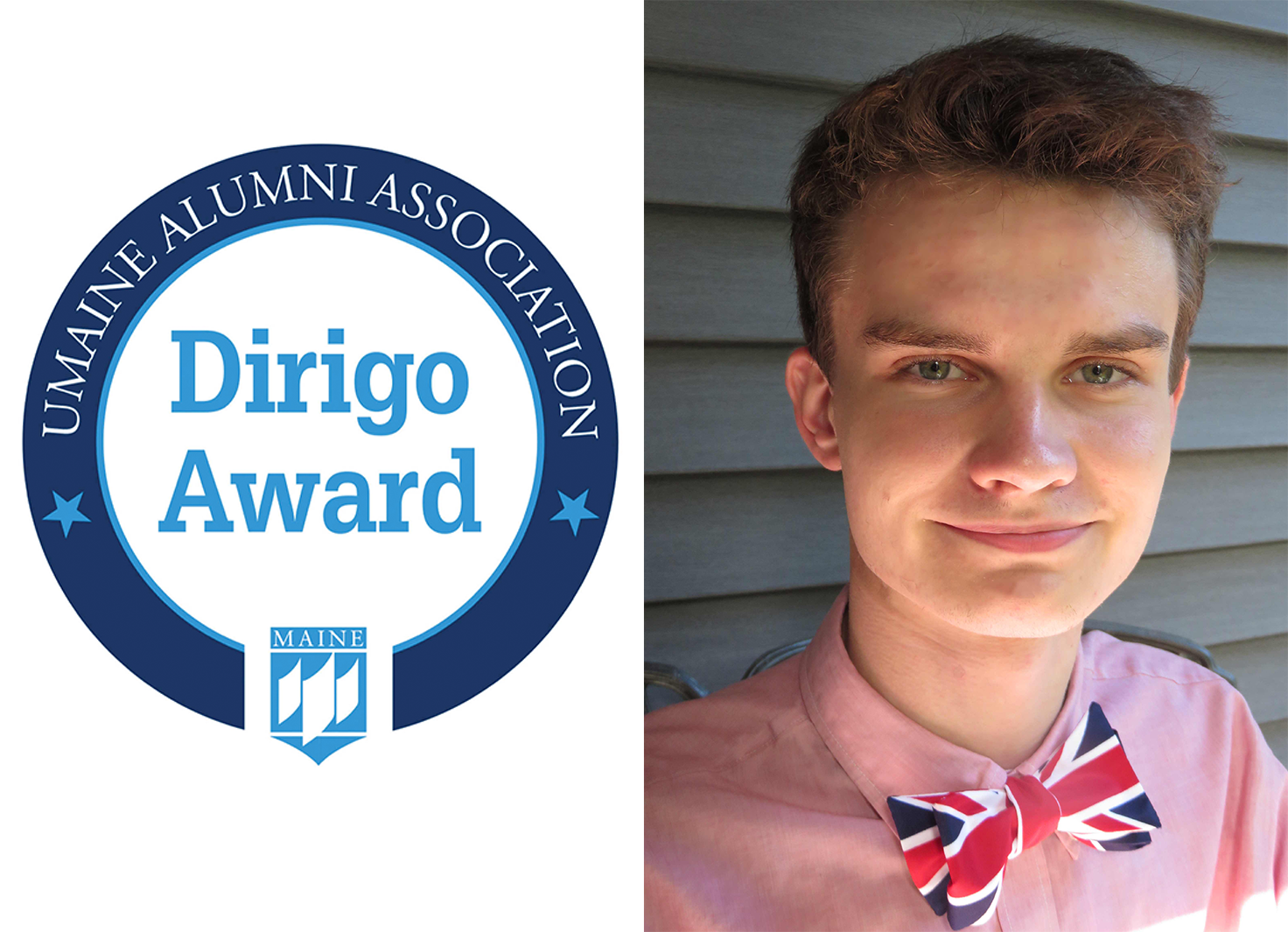 Graham Van Goffrier ’18 routinely solves Rubik’s Cubes – and with 42 quintillion possibilities but only one solution, it is no easy feat. He has competed regionally for the last four years and started a club devoted to solving the cubes on campus. In fact, finding solutions and thinking through puzzling problems is central to his academic work.

“Without their support, I would not have been able to fit together my unconventional course load,” he states, “or find the research experiences that have made such a difference in my career path thus far.”

Growing up he spent summers in Orono with his mother, taking part in the “Consider Engineering” summer camp at UMaine while he was in high school. He learned about the many facets of the engineering program and met Andy Sheaff ’93, ’99G, of the Electrical and Computer Engineering Department, who remains a mentor. While at camp he also toured the physics department and was inspired by what he calls the “individualized approach to education” that it offers to students.

Outside of his heavy course load Van Goffrier has served in leadership positions for three academic societies during his time on campus. He is president of the Society of Physics Students and Tau Beta Phi, the nation’s oldest pan-engineering academic honor society.

He also takes time to explore the arts. He enjoyed performing with the Black Bear Men’s Chorus and has participated in several theatrical productions with the Maine Masque. After skating for the first time at the Alfond Arena, he also joined the Figure Skating Club.

“The single best place on campus to meet people is at the piano in Union Central,” Van Goffrier adds.

After graduation, the Norwell, Massachusetts, native will travel to Cambridge, England to enter Cambridge University’s MASt program, a one-year master’s course designed to prepare students for research or industrial work by providing a diverse selection of mathematics and physics courses. His focus will be in applied mathematics. Following his studies in Cambridge, he plans to pursue a Ph.D. program in theoretical physics with interests ranging from fundamental particles to computational finance.

“In my career I hope to explore how all facets of mathematics have the potential to improve lives, both in the present and the future,” he closes, encouraging other students to explore many options while at the university and to define a career which can be a lifelong source of inspiration.