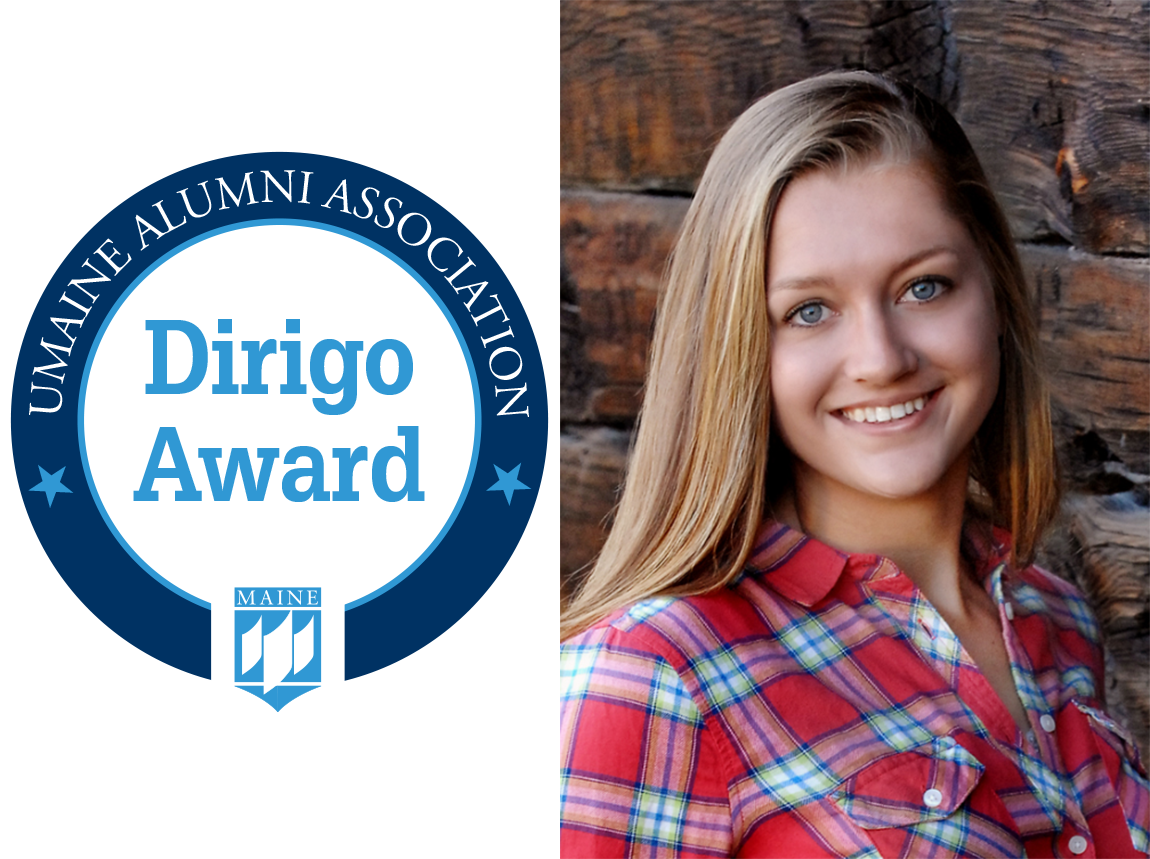 Weigang ’19 is a Problem-Solver

Abigail Weigang, a Fairfield, ME native and this month’s Dirigo Award winner, reflects back on her time at UMaine one month away from graduation.

What is your major (or intended major)?

Why did you choose that major and fields of study?

I chose to pursue a bachelor’s degree in Bioengineering due to my fascination with all of the complex problems surrounding biology, particularly in the field of medicine. I became extremely interested in science and math during high school and have always loved the challenge of solving a difficult problem. My passion and appreciation for these things has only grown since coming to UMaine.

Why did you choose to attend UMaine?

I chose to attend UMaine because of all the opportunities this school has to offer its students, and the added convenience of being located in my home state. The strong reputation of UMaine’s Engineering program was largely influential in my choice to attend. Additionally, many of my family members over the previous two generations have attended from UMaine, so Black Bear pride was instilled in me at a young age.

What UMaine-affiliated clubs or organizations are you involved in?

I am a member of the Women’s Track and Field team and the Maine Alpha Chapter of Tau Beta Pi engineering honor society. I have previously participated in UMaine’s chapter of Engineering Ambassadors and our student chapter of the Biomedical Engineering Society (a.k.a. Bioengineering Club).

Favorite place to hang out on campus?

Anywhere with comfortable chairs and lots of sunlight! The Oakes Room in Fogler is one of my favorite spots to get work done or just relax between classes.

Favorite place to hang out off campus?

It’s tied between Thai Orchid in Orono and Bagel Central in downtown Bangor.

What is your most memorable event or experience as a UMaine student?

It’s hard to choose a single experience which has been the most memorable to me, but I have to say that Maine Day has given me some of my best memories as a UMaine student. From volunteering at the Special Olympics, to playing oozeball with friends and faculty members, it’s a day that is as rewarding as it is fun.

Aside from coursework and campus life, what are your interests or favorite things to do?

Anything that involves being outdoors — skiing, hiking, camping, and going to the beach are some of my favorite activities. I also love to read, bake, and watch movies when I’m relaxing at home.

Who is/are your favorite UMaine professor(s) and what makes them stand out?

Dr. Caitlin Howell – she is one of the most inspirational people I’ve met during my time at UMaine and has had a tremendous impact on my experience as a student in Bioengineering. Her excitement and appreciation for science is contagious and her concern for students’ learning is immeasurable. I have conducted undergraduate research in Dr. Howell’s lab over the past three years, which has been one of my most valued experiences at UMaine and has taught me as much as my four years of coursework in that time.

What are your plans for the year immediately following your UMaine graduation?

After graduation, I will be working abroad in Spain for the months of June through August. I did not study abroad during undergrad, but I’ve always wanted to travel internationally and am hoping to obtain a position which allows me to do so in my career. I am also strongly considering pursuing a PhD in a discipline closely related to my field of study within the next two years, as this would allow me to continue fostering my love for research and my education.

What do you see yourself doing professionally once you’ve finished your education?

After finishing my education, I see myself working as a biomedical engineer at a company in the medical device or biopharmaceutical industry. I would love to work at a startup at some point in my career, as I thrive in fast-paced environments and believe having diversified job responsibilities would be exciting. Obtaining a PhD would qualify me to work as a professor at the university level, which is another career option that interests me.

What are the keys to being a successful student at UMaine?

Use your time wisely, take advantage of every opportunity available to you, and form strong relationships with the people around you (both peers and professors).

Any other advice or comments?

I am so grateful for all the people I’ve met on this campus who have helped me achieve my goals over the past four years. There are far too many names for me to list, but I truly would not be where I am today without the support and guidance of others.