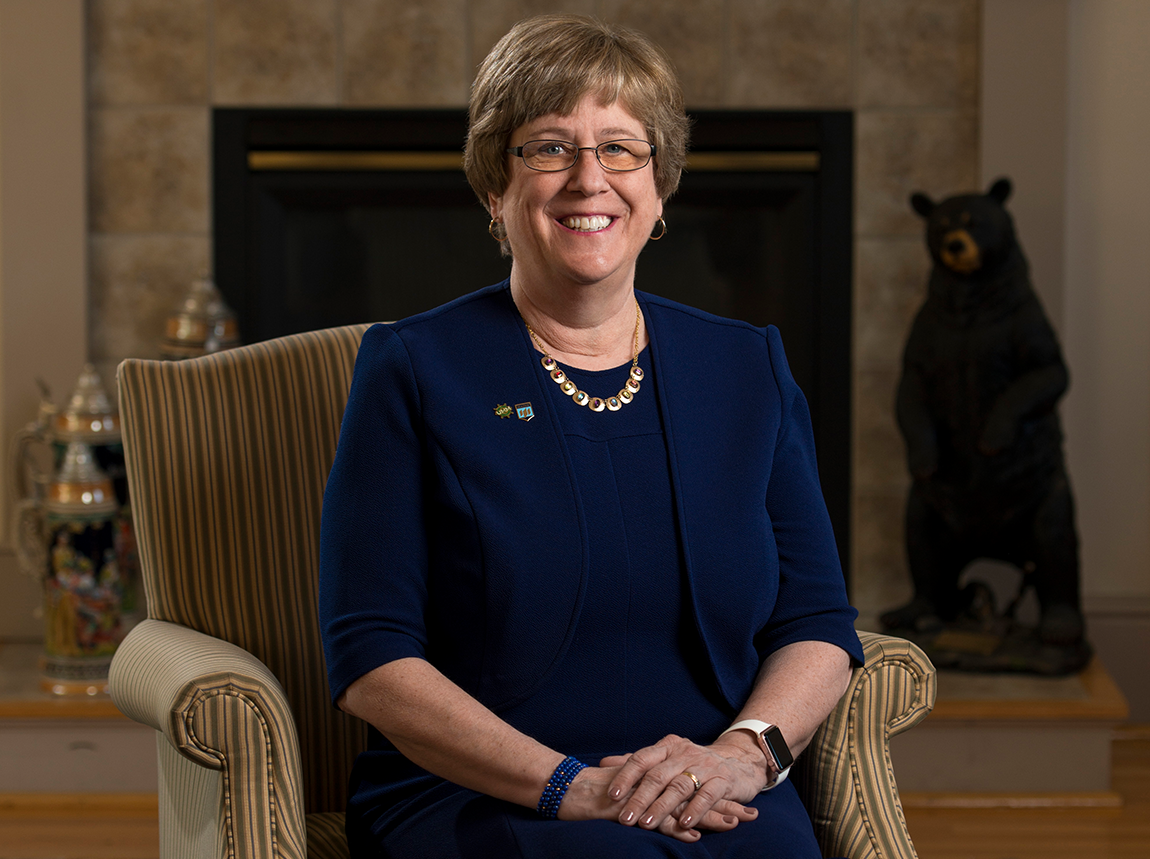 On July 1st Dr. Joan Ferrini-Mundy began her tenure as the 21st president in the University of Maine’s 153-year history.

After spending the last ten years in suburban Washington, D.C., at the National Science Foundation, she and her husband, Richard “Rick” Mundy, have relocated back to New England. They have taken up residence in the President’s House on the UMaine campus.

“The campus in Orono is beautiful, even at the height of summer heat,” Ferrini-Mundy wrote on her third day on the job. “During my explorations over the past few days, I feel like I’ve had a preview of the university in the other seasons.

“The pride that so many take in their academic and professional work to make this a great campus, the seriousness of students studying in the Union and under the trees on the Mall, the commitment of faculty to move their research and scholarship forward, the dedication of staff, and the care and attention of the leadership — all are so visible,” she added.

In April Ferrini-Mundy was named UMaine’s president in advance of President Susan J. Hunter’s planned retirement at the end of June. Like Hunter, Ferrini-Mundy also serves as president of the University of Maine at Machias, which is now an administrative unit of UMaine.