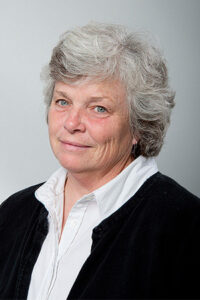 Margaret Nagle ’96G, senior director of public relations at the University of Maine, received the 2021 Steve Gould Award for demonstrating superior qualities of unselfishness and compassion in service to the university and its ideals.

The former newspaper reporter joined the University of Maine community in 1985 and earned a master’s in education in 1996. She has also taught journalism courses at UMaine, including feature writing and public affairs reporting.