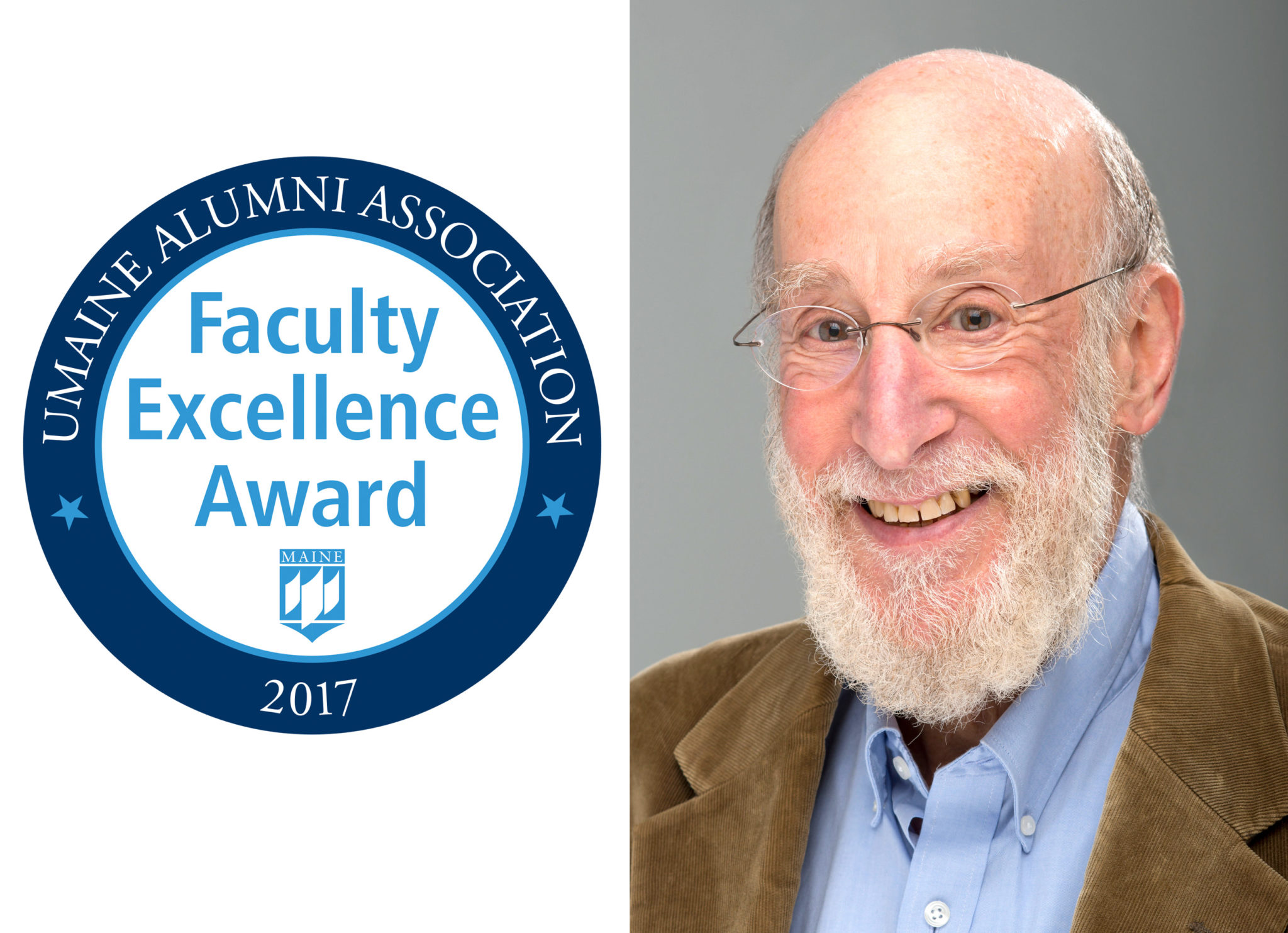 Philosophy Professor Douglas M. Allen never planned on making Maine his home. Decades ago, after being fired from Southern Illinois University (SIU) for his Vietnam/Indochina antiwar activism, Allen joined the faculty of the University of Maine in 1974. Although he had the support of SIU faculty and students, won a lawsuit against SIU, and was offered his job back, he decided to stay at UMaine.

Twenty-five years later, in 2000, Allen received UMaine’s highest faculty honor, the Distinguished Maine Professor Award, a recognition based on outstanding performance through teaching, scholarship, and service to the public.

The importance and practice of activism—social, political, and economic—has long been part of Allen’s academic and personal focus.

During his first year at UMaine Allen helped found the Maine Peace Action Committee. He played an instrumental role in the movement that resulted in UMaine’s divestment of nearly $3 million from corporations and banks that did business in apartheid South Africa. In 1982, UMaine became one of the first 10 universities in the U.S. to agree to complete divestment.

“When we won that, we couldn’t believe it,” Allen explained, “because when you’re involved in these big struggles for peace and justice, you usually don’t win.” When asked about his favorite memory at UMaine, Allen recalls a big celebration in the Memorial Union after Nelson Mandela’s release from prison in 1990. “That was a big moment on this campus,” Allen said. At about that time, Allen was part of a small group of anti-apartheid activists who met with Nelson Mandela in New York.

Allen has a strong reputation among current students and alumni as a teacher and mentor, roles that he enjoys. “Most of the students here are down to earth, and I enjoy having them in the classroom,” Allen said. “A lot of them are appreciative of the opportunity to have an education, and you can see their progress.”

One of the many UMaine alumni Allen remains in touch with is Ashok Jhunjhunwala (’77 G, ’79 Ph.D.), a nationally prominent professor of electrical engineering and telecommunications at India Institute of Technology Madras (IIT Madras) and the 2009 recipient of the UMaine Alumni Association’s Bernard Lown Humanitarian Award. Although Jhunjhunwala was not enrolled in Allen’s lectures, he sat in on many of them, eager to learn more about philosophy.

“We had incredible discussion groups with him; he’s got good values,” Allen said. Allen spent his 2015-2016 sabbatical at IIT Madras, where Jhunjhunwala is widely considered the best-known and most influential engineering scientist.

Throughout his 43 years of teaching at UMaine, Allen has witnessed many changes on campus. Shortly before he joined the UMaine faculty, there were dorm curfews for female students, and college dances had to have adult chaperones.

“It was a different world,” Allen said. “We’ve moved in a much more positive direction at this university, but we’ve given up some things too, such as a deeper sense of community.”

Allen’s advice to young faculty reflects his passion for activism and advocacy.

“Don’t be dominated by the stress of fear and uncertainty,” he tells them. “There are always people who have power over your life and your future. It is horrible to allow that to control how you teach, do research, or live your life. You have more freedom to live consistent with your values than you often think you have.”