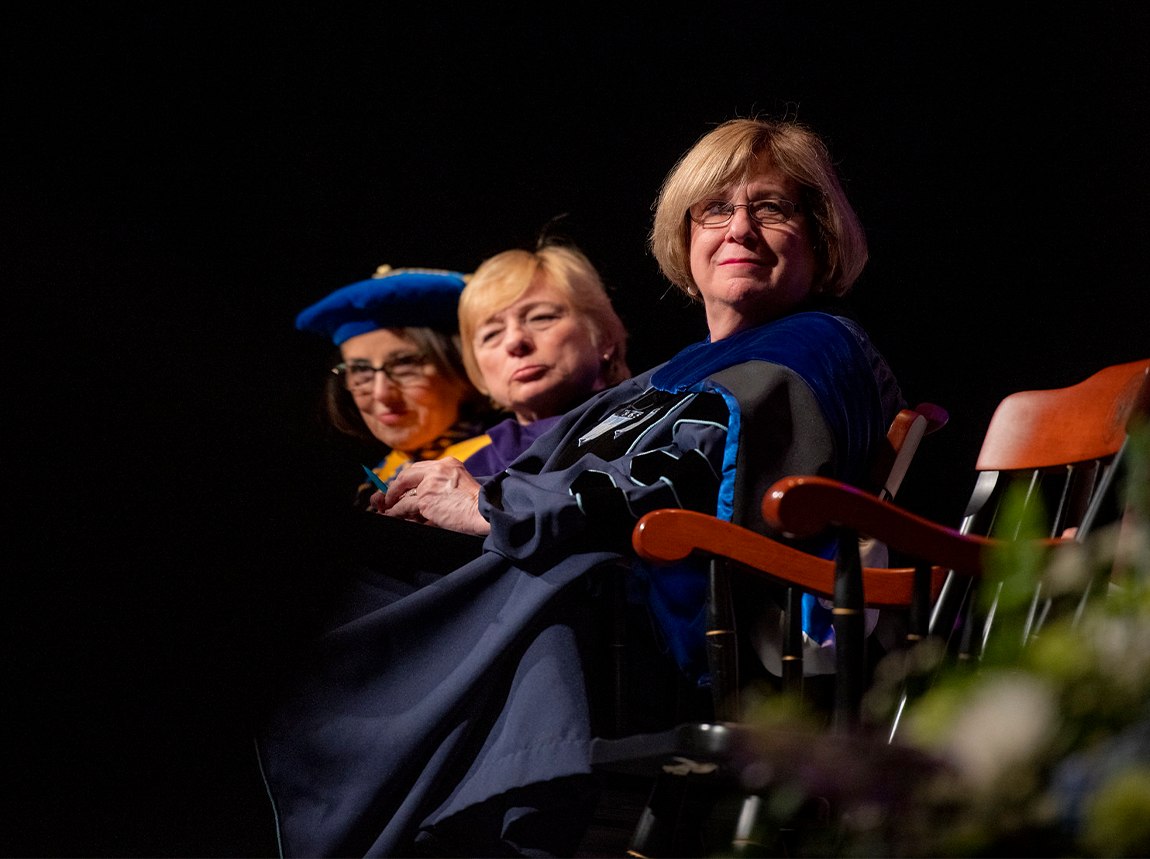 President Joan Ferrini-Mundy was inaugurated on March 29th at the Collins Center for the Arts on the UMaine campus.

Maine Gov. Janet Mills and National Science Foundation Director France Córdova were the keynote speakers, with Congressman Jared Golden and representatives of Senators Collins and King in attendance. The inauguration was emceed by Danny Williams ‘91, ‘94G, chair of the Inauguration Planning Committee, and included performances by the University Singers, the Screamin’ Black Bears Pep Band, and a brass sextext.

Gov. Mills addressed Maine’s economic issues during her keynote speech, asking: “Will Maine rise to the challenges of today and ensure that our students are the leaders of tomorrow? I hope so, and I have every expectation that with her leadership we will do so. I’m grateful that the University of Maine is playing a critical role in addressing Maine’s workforce shortage … and will spur the economic growth that we need.”