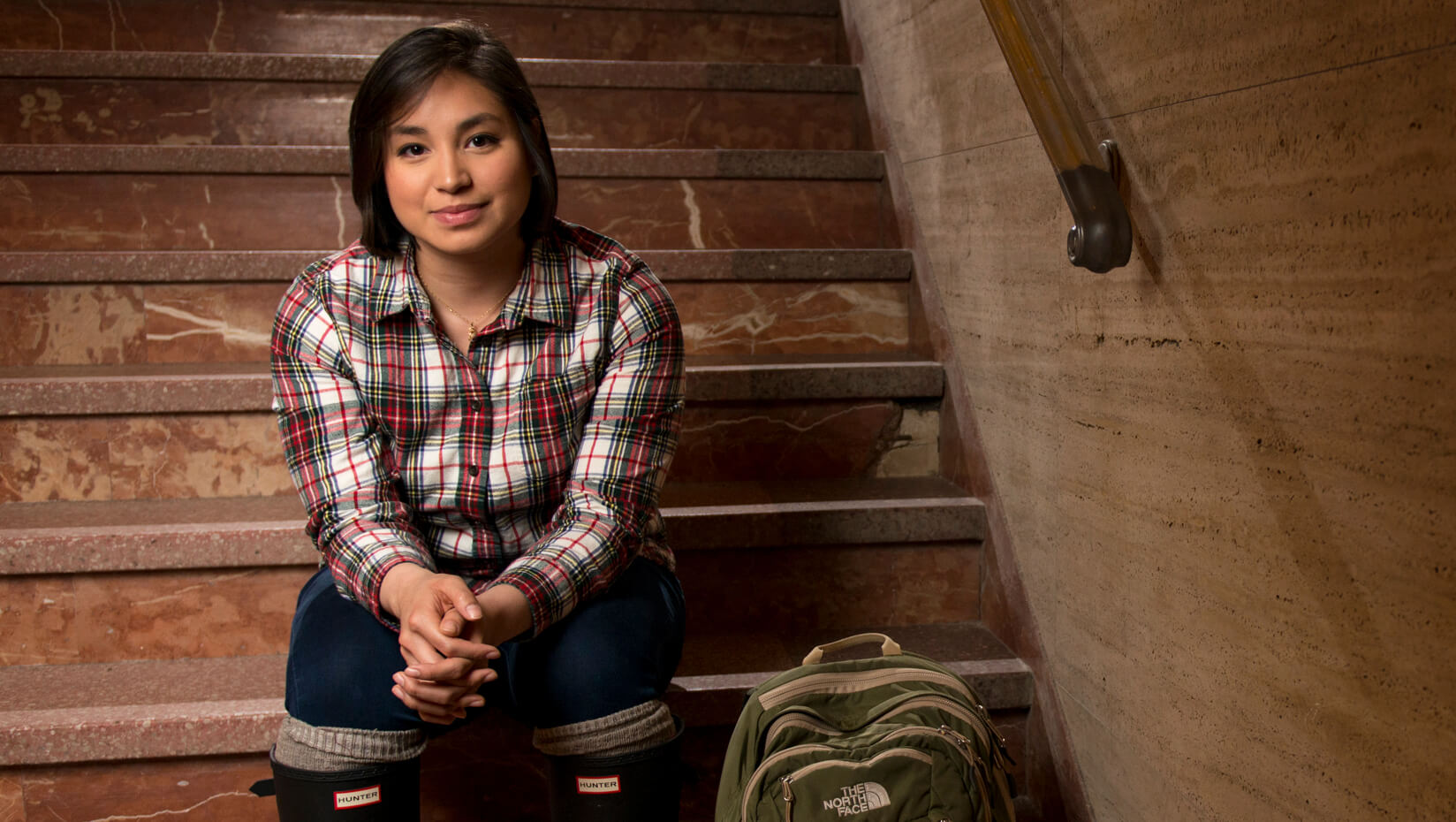 University of Maine ROTC cadet Victoria Hernandez’s role models are her parents. Her father immigrated to the U.S. from Honduras in the late 1980s. Her mother followed a few years later.

Successfully building a better life as her parents did for the family requires discipline, focus and faith. Hernandez found her own version of the journey by joining the Army. In 2013, after graduating from Sanford High School, she deferred college for a year and went to Fort Sill, Oklahoma for basic training. She arrived in Orono, she says, a changed person.

“I don’t think I could imagine my life without the Army anymore,” says Hernandez, who began her coursework as a biology major in the fall of 2014. “It’s just made me, I think, a better leader and a stronger person.”

During her sophomore year, Hernandez applied to take part in the U.S. Army ROTC’s Cultural Understanding and Language Proficiency (CULP) program. Cadets accepted into the program travel to a foreign country over the summer to increase their knowledge of other nations, their cultures and the military. On her application, Hernandez asked to go to a country covered by the U.S. Southern Command, south of Mexico.

“I spoke Spanish. I knew it would be comfortable for me to go to a South American country because that’s where my parents are from,” says Hernandez.

Hernandez was assigned to Paraguay. During the 30-day mission, Hernandez trained with Paraguayan cadets at their academy. She visited various branch headquarters of the Paraguayan military, learning about the rich history of the country and its army.

Hernandez translated briefings between the Paraguayan officers and her CULP team and assisted her mission commander in speaking to their hosts. She also spent a day helping out at a local day care center that focuses on youngsters of single mothers.

“It made me realize how other countries see the U.S. military,” says Hernandez. “They use us as an example. They didn’t even care that we were cadets. They had all the bells and whistles for us just because our uniforms said U.S. Army. It was a huge deal for them, for us to go and work with them.”

When she graduates in 2018, Hernandez hopes to begin active duty service in the U.S. Army Medical Corps. She plans to continue her education through the Army to become a physician assistant.