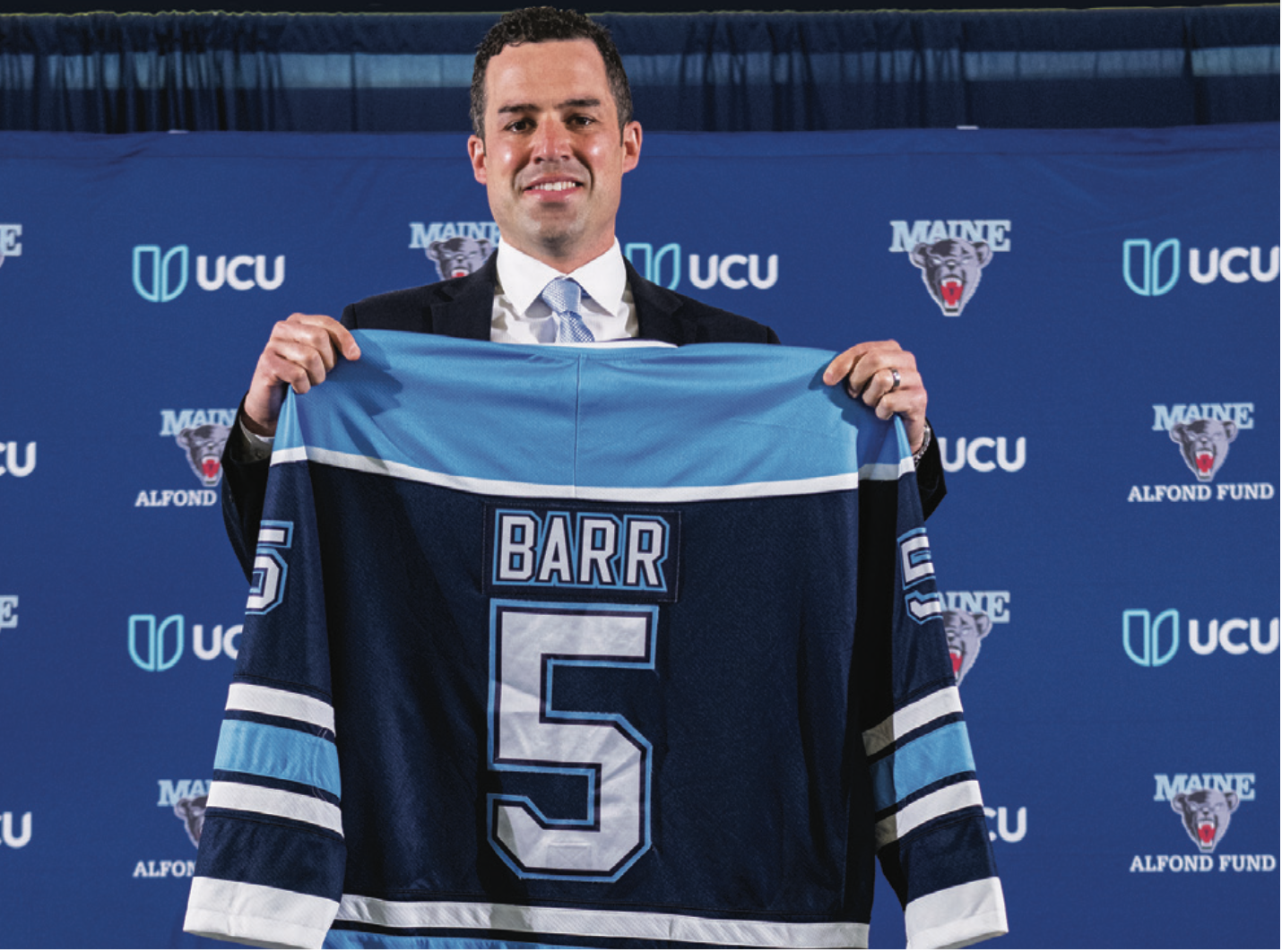 Ben Barr was named UMaine’s head coach for men’s ice hockey in May. Barr comes to UMaine from the University of Massachusetts Amherst, where he was associate head coach and recruiting coordinator for the past five years.

“We are thrilled to welcome Ben Barr to the University of Maine,” said Ken Ralph. “He brings with him an amazing track record of success in collegiate hockey. In a very competitive #eld of candidates, Ben stood alone with his comprehensive plan for building and sustaining success for UMaine hockey.”

Barr has agreed to terms on a four-year contract as head coach of the Black Bears. He has 15 years of assistant coaching experience in Division-1 programs and successful coaching at five different institutions.