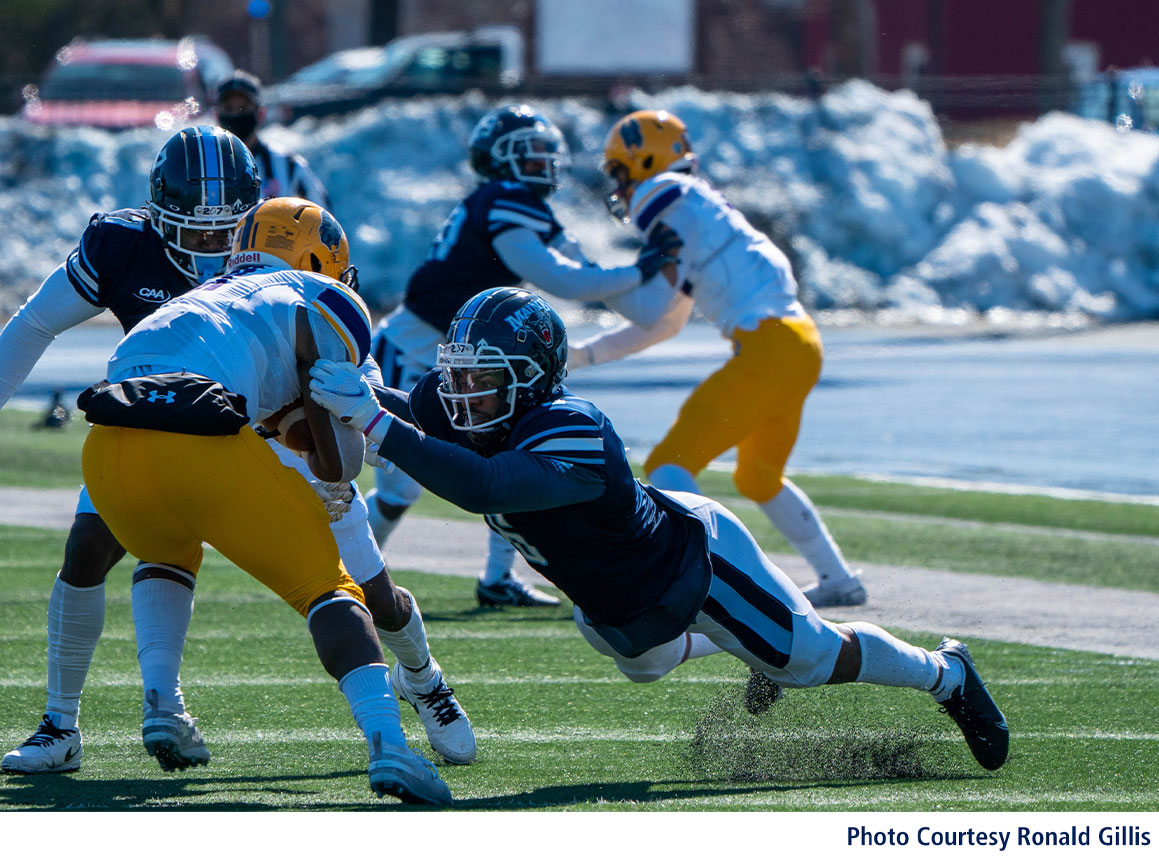 Last weekend was one of mixed of emotions for fans of UMaine athletics.

On Saturday, the Black Bear football team defeated Albany in one of the most unusual games in school history. Aside from UMaine’s impressive 38-34 win over the favored Great Danes, the game was played in mid-March with virtually no fans in Harold Alfond Stadium due to COVID-19 health and safety restrictions.

Unfortunately, things did not go as well for the Black Bear women’s basketball team the night before. Playing without fans in attendance in Memorial Gymnasium, the team lost the America East championship to Stony Brook 64-60. A win would have put the team in the NCAA national tournament.

Visit GoBlackBears.com for a full schedule of Black Bear games and meets taking place this spring.