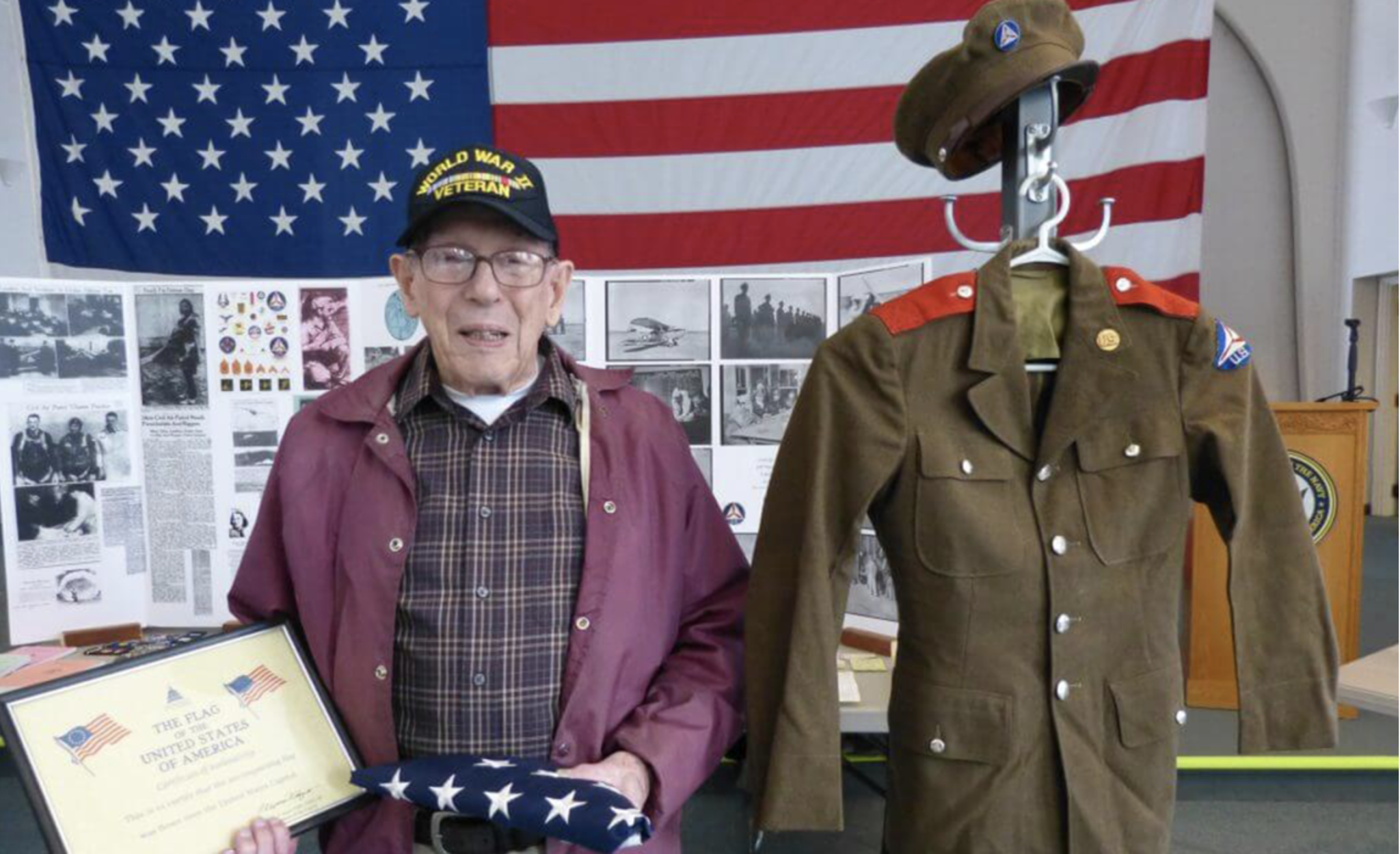 Richard Bubier ’50, one of the earliest members of the Civil Air Patrol, recently donated his uniform to the Brunswick Naval Museum and Memorial Gardens.

Founded days before the attack on Pearl Harbor, Bubier joined the Auburn-based squadron of the Civil Air Patrol, and later enlisted in the U.S. Army Corps. In June of 1944 he had started in the Army Specialized Training Program, and by the age of 18 reported to active duty at Fort Devens in Massachusetts.

When the war ended in 1945 Bubier was discharged and he went on to graduate from the University of Maine with a degree in mechanical engineering. Throughout his career he worked on plane design and shipbuilding.

The Civil Air Patrol recently held an open house at the Brunswick Naval Museum and Memorial Gardens, showcasing their cadet programs, aerospace education, and engineering and emergency services. Bubier was honored at the event and donated his Civil Air Patrol uniform to the organization. The Civil Air Patrol is the civilian auxiliary of the U.S. Air Force and provides young people with leadership opportunities, character development, and aerospace and fitness education.

(Story courtesy of The Times Record)