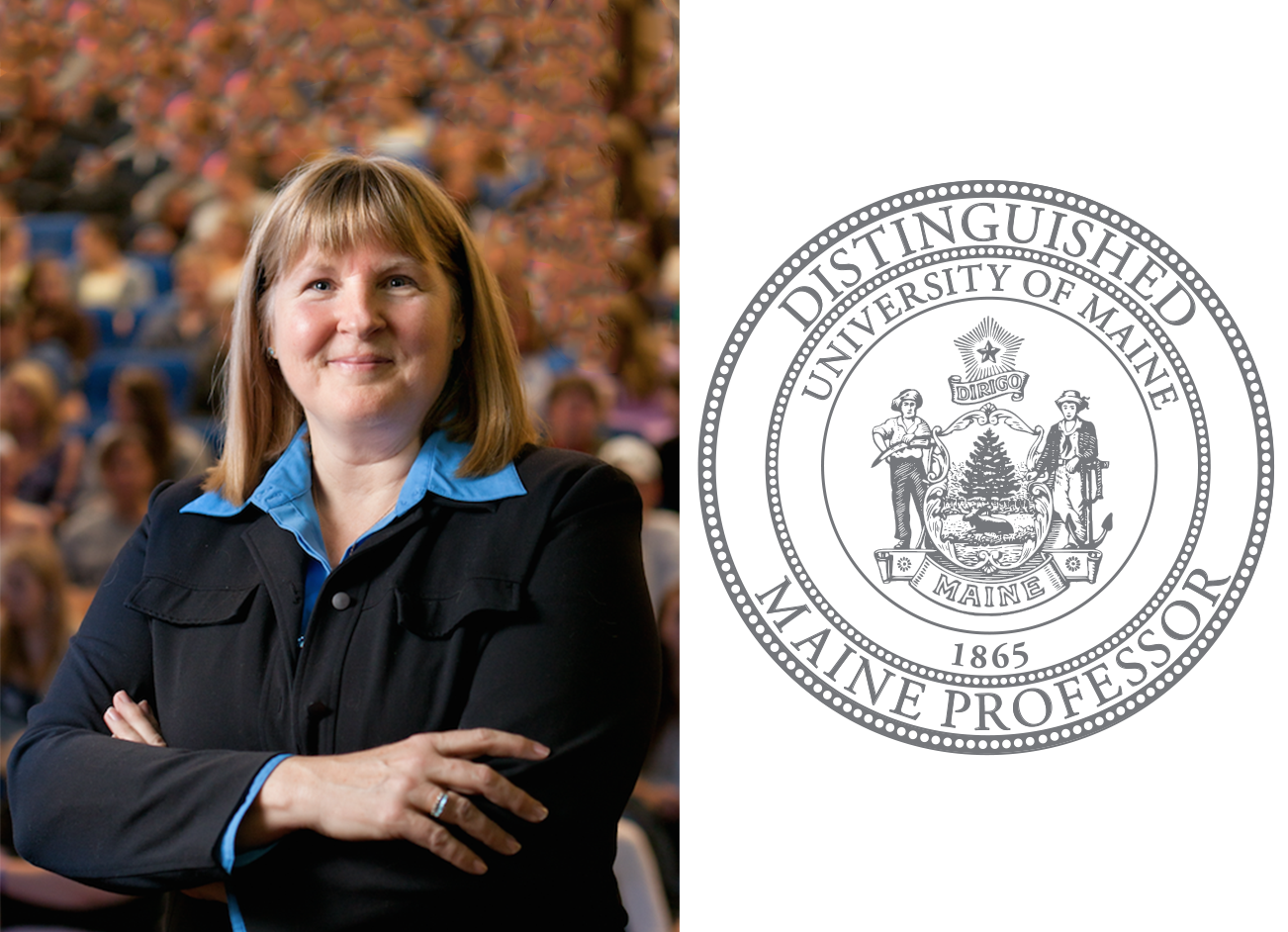 Dr. Sandra Caron ’79, ’82G, a highly regarded teacher and scholar whose research has received extensive national recognition, has been named the recipient of the University of Maine’s 2019 Distinguished Maine Professor Award, the university’s highest faculty honor.

Caron, a longtime member of UMaine’s College of Education and Human Development, was chosen through a rigorous evaluation process overseen by a committee of faculty, alumni, and students.

In fact, her peers describe her as a “triple threat.” Timothy Reagan, Dean of the College of Education, notes that she is “an outstanding teacher, an extremely productive and gifted scholar, and an individual who has become a deeply valued ‘university citizen’ as well as an active participant in the organizations and activities associated with her scholarly discipline.”

Caron’s role on campus has reached students across disciplines and backgrounds through her involvement and establishment of three nationally-recognized peer education programs including Athletes for Sexual Responsibility, Male Athletes Against Violence, and the Greek Peer Educator Program.

The Distinguished Maine Professor Award, sponsored by the classes of 1942 and 2002, has honored exemplary professors since 1963. Its intent is to celebrate excellence in advancing UMaine’s tripartite mission, recognizing those nominees who have a record of demonstrated excellence in teaching, scholarship, and public service. The presentation of this year’s award is co-sponsored by the University of Maine Chapter of the Associated Faculties of the University of Maine (AFUM) and the College of Education & Human Development.

The award recipient receives a pewter medallion to wear with academic regalia, a blazer embroidered with a distinctive crest, and a cash award of $4,200. In addition, the awardee will have the special honor of addressing graduating students during the commencement ceremonies.

As the 2019 recipient Caron will be honored at the annual Alumni Achievement Awards dinner and celebration, to be held on April 5, 2019, at Wells Conference Center. More information regarding the awards can be found here.