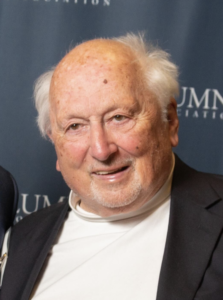 Chuck Peddle is widely regarded as “the father of the personal computer.” An entrepreneur and inventor who holds numerous patents, the visionary Peddle recognized the need for low-cost technology that could transform the way people conducted business. The result was the 6502 microprocessor, which he developed and which changed the world.

Thanks to Peddle’s ingenuity, personal computers became an affordable reality to consumers. He was the brains behind the development of the Commodore PET, the product that jump-started the personal computing industry. According to the Guinness Book of World Records, the Commodore 64 computer, introduced in 1982, remains the largest-selling computer of all time.

Peddle’s innovations also played an instrumental role in the success of other tech companies whose brands have become household names: Apple, Atari, Nintendo, Microsoft, and many more. In fact, Bill Gates has publicly cited Peddle’s role in the growth and success of his company, which early on licensed its operating system from Peddle.

Peddle also played a legendary role in the history of Apple: he sold co-founders Steve Jobs and Steve Wozniak their first microprocessor, which Peddle himself had developed. The two young entrepreneurs took the microprocessor back to the garage workshop, and the rest is history. According to the 2016 documentary “8 Bit Generation: The Commodore Wars,” without Chuck Peddle, there would be no Apple.

Born in Bangor and raised in Augusta, Peddle earned his bachelor’s degree in engineering physics from UMaine and belonged to Theta Chi fraternity. During his senior year, he was introduced to Information Theory (binary and algebraic concepts) and knew that he wanted to pursue it further. That area of study eventually made Peddle one of the most important figures in the history of computing. At 82 he is still at work: Currently, he is chief technology officer at Celetron, which manufactures hard drives and power supplies. 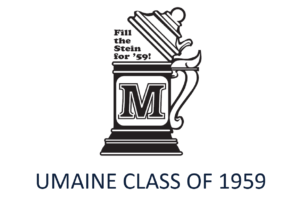