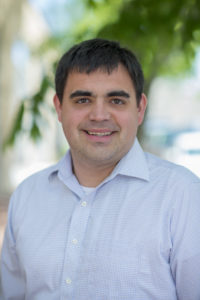 Since receiving his bachelor’s degree in biological engineering from the University of Maine, Owen McCarthy ’10 has spent much of his time helping shape and promote the university’s interests in a number of ways.

Owen currently serves as chair of the University of Maine Board of Visitors, a legislatively established advisory board that counsels UMaine’s president on policy, financial, and advocacy matters related to the university.  In that role he regularly consults with campus leaders, policymakers, and other stakeholders on matters pertaining to the university’s mission and success.

A native of Patten, Maine, Owen’s passion for the university is evident in the many ways he involves himself. He co-founded and serves on the board of directors for the UMaine Business Challenge, an annual competition that provides support for entrepreneurs in an effort to contribute to the long-term growth of the state’s economy. He regularly attends alumni functions and has been an alumni ambassador, meeting with prospective students and their families at recruitment events sponsored by UMaine’s Office of Enrollment Management. He also continues to support the activities of UMaine’s Senior Skulls, of which he was a member as an undergraduate, and of Sigma Phi Epsilon, his college fraternity.

Those post-graduation activities are a continuation of a pattern of engagement that was evident during his undergraduate years at UMaine, during which time he was also active in student government, his class council, and as a student ambassador for Team Maine, a group of students that supports the work of the university’s admissions office.

Owen is the president and co-founder of MedRhythms, Inc. of Boston, a neurorehabilitation company that uses neurologic music therapy to treat individuals who suffer from traumatic brain injuries, Parkinson’s disease, stroke, and other conditions.